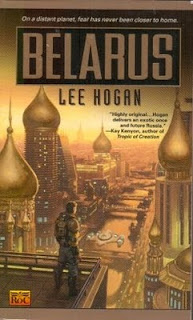 I confess, I spend most of my time lost in my own peculiar model of the universe, and I often misjudge people. For instance, I like to use this Comic Sans font on my blog because I think it’s the most readable. But do my readers feel the same way about it?

I also tend to misjudge other writers. It’s tempting to think we’re all the same breed, that the creative process is pretty much the same for all of us, and that we all know there are certain things we have to do in order to present a polished product to readers. But in fact, I’m really not sure how similar we are. Maybe the only thing we’ve got in common is that we’ve been on the bottom of the heap for as long as books (and magazines, and movies) have been a business.

By “bottom of the heap” I mean that we get the least amount of money and respect. For writers, that disrespect begins to pile up from the first moment we dare to submit work for publication, and it continues beyond the life of the writer. I’m not just talking about the innate contempt that critics feel, I’m talking about an attitude that publishers have for writers, because even when we’re big money earners for them, we are still supplicants. At least, we were until recently. Now their game is no longer the only game in town.

And that should be great for writers. Right?

Well, maybe. Probably. Or at least, it won’t be any worse than what we already had going. But here’s where it gets sticky, because there is something the big publishers have that we don’t.

They have really good editors.

This is one of those places where writers diverge. Some of us really HATE being edited. Just how many of us do, I’m not sure. For me, the editing process is absolutely critical to turning out a professional, polished product. I pay a professional editor to go over manuscripts I intend to publish. Her name is Elinor Mavor, and I recommend her highly. I also hire her to do the art I need for covers and for my website. I’m not an artist, and I know that once I’ve looked at one of my manuscripts long enough, I don’t see the mistakes anymore (plus I get heartily sick of it). I need an objective professional to look the manuscript over and point out things I can’t see.

Some writers feel insulted by the process of editing. They feel like they’re being second-guessed, often by someone they don’t respect, sometimes because they don’t have much respect for others in the first place. The fact is, writers can be complete jerks. Being a jerk doesn’t mean you’re not also a good writer. You can even be a delusional jerk and still be a good writer.

By now you’ve probably figured out I don’t have much sympathy for writers who hate being edited. But that’s not totally true, sometimes editors are wrong about stuff. I’ve been lucky -- nine of my novels were published by NAL/ROC, I had excellent editors for all nine books, and I made changes for about 90% of the stuff they indicated should be changed. I didn’t go for 100%. I used my judgement, and made the call to change or not to change. Because you have that choice! Even if you disagree with an editor, you’ve had the chance to look at your manuscript through new eyes, and this is valuable.

Most editing involves tiny tweaks, little changes that make the narrative flow smoother. Other suggestions are more substantial, and require more work and thought. This is not fun, it’s pick & shovel work -- and it’s what makes you a professional. If you’re an established writer I’m assuming you already know all this, though you may have told yourself editing was an odious process that you don’t have to tolerate anymore, now that you’re on your own. And maybe you’re right -- that remains to be seen.

But newbees need editors. And even though I’m not a newbee, I do too. In my opinion, so do most “established” writers.

Looking out at the world from Em Universe, I can foresee a time when editors who used to work for publishers will contract out to writers. Artists who can do commercial work will do the same. Many writers will believe they can do editing and art direction themselves, and a few of them will be right.

Posted by Emily Devenport at 10:37 AM No comments: 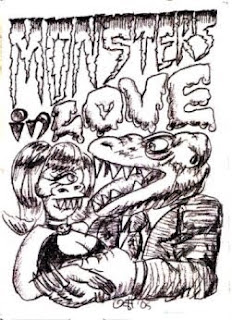 There has been considerable buzz lately about e-books versus print books, what readers want versus what publishers and book stores can deliver, what online retailers can offer versus what brick-and-mortar retailers have to offer, and so on. Writers who currently have contracts with publishers are understandably concerned that e-books may be priced too low, and consequently they won’t earn back their advances -- so everyone is talking about $9.99 to $14.99 as a price point for e-books.

But that price is way too high, and that’s where all this speculation falls apart. I believe the average price for e-books will fall between “free” and $2.99. The reason why is quite simple: most writers aren’t going to work through publishers anymore. And it’s not even because we don’t want to, we simply don’t have the option.

Understand, I’m not just talking about new writers and “bad” writers (I won’t even try to define “bad” writing, I’ll leave that up to the reader). There are a lot of good writers who can’t get contracts with publishing companies. There are very few slots available for print books every year -- so a large number of good writers who managed to sell to publishers in the past, but didn’t win those slots the next time around, are now forced to figure out new alternatives. In the past, your options were extremely limited if your old publishers didn’t care to pick up your new book. But no longer. Now we’ve got e-book formats and the internet.

Does this mean writers who didn’t become bestsellers when they sold their books through big publishers will now turn around and make fools of those publishers? Maybe. But most likely what will happen is that even if they’re not any MORE successful than they’ve ever been, they probably won’t be any LESS successful than they’ve ever been -- so why not take a chance? Why not take charge of your own marketing and pricing? Why not hire your own artists and editors? Why not decide for yourself what’s working and what isn’t, instead of waiting for the decree of some committee that doesn’t have your best interest as the number one priority? And once enough good writers are doing that, we’re talking serious competition.

So now that these good writers are thinking competitively, that leads us back to price again. In the current economy, people are scrambling just to pay utilities and put food on the table, let alone shell out $9.99 to $29.99 for a book (electronic format or otherwise). Eventually that’s going to change, but even that won’t necessarily raise the price of an e-book. If the competition is increasing, writers are going to have to win the attention of readers and then keep it. A lot of crap will get published, but a reader will be able to tell that within the first couple of paragraphs. If they get burned by a writer, they won’t bother with that writer again. The writers who deliver entertaining reads, time and again, will have a better chance of attracting a regular audience.

So as far as prices go -- if writers are offering a few free books, and readers enjoy them, and they go to that writer’s website (or amazon, or apple, or google) and see e-books for $2.99 (or lower), maybe they’ll buy an e-book from that writer. If they really enjoy it, maybe they’ll buy the next one, too. And in the meantime, that writer is going to be thinking up ways to keep attracting them, like audio-visual presentations, mini-movies, inexpensive audio books (another market that could really take off with lower pricing), 2-fers, etc.

Ask yourself this: in the past, when your favorite writer published a new hardback, and you had no money to buy it, did you get it anyway? Did you wait for the paperback? Did you get on a waiting list at the public library and eventually read it for free (or for 25 cents a day)?

If you went ahead and bought the hardback, did you do it because that’s the only kind of book you buy? Or because you just couldn’t wait for the paperback to come out?

I’ve done all those things in the past. I own plenty of hardback books, and I buy old books at antique stores. But eventually I’ll buy an e-reader (I’m waiting for the cheaper, less buggy versions to come out), and I’ll buy e-books too. As always, price will be one of the big deciding factors for me.

Always remember -- it’s not just about what you want. It’s about what you can get. If no one can afford to print books anymore, you won’t get them -- unless you buy used, and eventually they’ll wear out. It doesn’t matter what lasts longer, or what you like best, or how many fond memories you have.

And in another decade it could change back again! Or halfway back. Or something entirely new could happen. It all remains to be seen.

But as for now? I’m a writer. I consider myself to be one of those genies who’s been let out of her bottle.

And I’m not going back in. Count on it.