Free Concert and Authentic Roman Food! Be There Or Be Square! Michael Levy has a couple of live concerts coming up in September – see the links below!

I am pleased to announce that I will be performing 2 live lyre concerts this September, both within a week of each other!

All the details, dates, prices and venues can be found in the "Calendar" section of my website:

I will be performing a free lunchtime concert at Brecon Cathederal in rural South Wales on Monday 2nd September at 1pm, and on Saturday 7th September from 7.30pm, I will be performing at a Roman Extravaganza evening at Butser Ancient Farm in Hampshire - featuring authenitc Roman food, prepared by ancient food expert and author, Sally Grainger...

Hope to see you there!
Posted by Emily Devenport at 6:18 PM No comments:

“The SUPERMAN Movie Bugged Me” Bandwagon 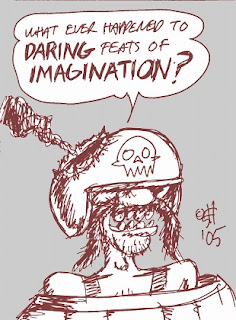 I am one of those rare creatures, a girl who loved superhero comic books, including SUPERMAN, back in the 60s, when most SUPERMAN fans were boys. Girls who liked comics were more likely to read ARCHIE and MILLIE THE MODEL (I liked those too – I contain multitudes). I am aware that this makes me a nerd, possibly even a dweeb. But I'm not necessarily a purist – I'm willing to entertain alternate visions of my favorite heroes. So when I agreed to go see the Superman movie with some friends, it was with an open mind.

I actually ended up liking it more than they did. In fact, I would give it three stars. But that's mostly because I liked the guy who played Superman; I liked his character, and I think future movies about him could be quite entertaining. What bugged me about SUPERMAN was the way the Kryptonians were handled in the story. 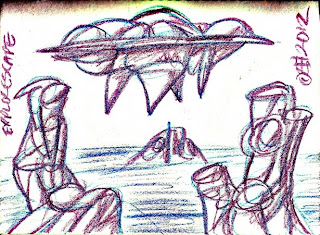 Now I'm really venturing into nerd territory. Yes, I am actually going to kvetch about a bunch of imaginary people and how they were misrepresented. Here's my main complaint: these folks are presumably an older race, very advanced both technologically and socially, and yet they apparently cannot survive unless they're on their homeworld. This despite the fact that one guy goes somewhere else and develops superpowers.

And yet, I can see how this might be the case if the script had managed to make a few points. (NOTE: writers of scripts are not always or even usually to blame for story problems – studios always are, since the buck stops with them.) Way back in the 60s, some guy on an iconic TV show made the point that superior abilities breed superior ambitions. In the case of the Kryptonians, this could mean that they've reached a pinnacle in their development and would like to maintain that high position. I would assume they have the know-how to select for attributes they consider to be superior when engineering their children. The fact that they would even consider engineering their children in the first place suggests that they are a race that focuses on their achievements as a group rather than on individual freedom and the pursuit of happiness. It's a control-freaky kinda attitude, and I can accept it as an interesting possibility. 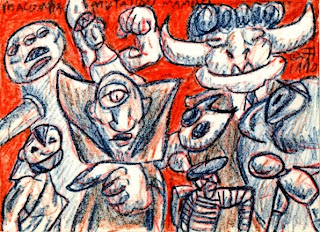 But something would have to drive them to be this autocratic. Long-term war could be a factor, though they made the point that they had never encountered another race in their space travels (except for us, and we look exactly like them – sheesh). So they must have been fighting with each other all this time. A long-term conflict between bitter enemies with their kind of intelligence and abilities would be truly epic. The losers in this conflict might all have been killed and/or dissenting opinions stifled. They could have pursued that angle, and it would have fit in with the idea of a bunch of hardliners chasing after Kal-El and going all world-engine on his ass. And maybe that was what they were trying to convey, but they failed.

So here's what I would have done differently. I would have cut out most of the special-effects-ridden conflict near the end and replaced it by salting backstory throughout the rest of the movie. They had an interesting plot device (also a REAL device) in the old starship that Kal-El discovers, and it could have helped to do that. He's been raised as a human by a farmer in Kansas, and that's the most important point of the story – it explains why he's so full of possibilities while the people he came from are so severely limited in their choices.


And that brings me to the other major stumble in this movie. I loved the special effect of the tornado, but I don't believe that farm dog would have huddled in the car while his masters ran off to the overpass. One whistle would have called that dog. And I also don't believe that a farm wife would sacrifice her husband to save the dog. I DO believe a good farm dog has value, both emotional and monetary, but the scene was unbelievable and clumsily contrived.

I won't even get into how many millions of people must have been killed in that attack on Metropolis, or the dopey heat-ray-vision, I-can't-bring-myself-to-kill-the-bad-guy scene. Both of Kal-El's fathers would have agreed: the response to the deadly force represented by Super Bad Guy needed to be as swift and decisive as possible. 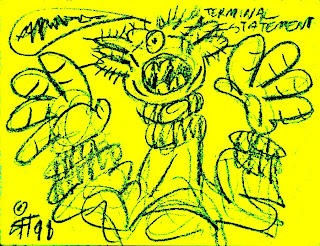 I also believe that the people of Earth would feel very paranoid and freaked out about the fact that they were attacked by aliens. It would be hard to go back to Business As Usual. And as was so beautifully illustrated in The Incredibles, there would be law suits. Another good reason for Superman to have a secret identity.

So – it was a mixed bag. And they could have done a much better job. With the amount of money and know-how the Movie Moguls have at their disposal, it's pretty scandalous that they can't handle the most important (and most low-tech) component of a movie: the story.

Too bad. Maybe they'll do better next time.

I didn't even try to get the rights to any images from the SUPERMAN movie.  Instead I just stole a bunch of art from Ernest Hogan.
Posted by Emily Devenport at 6:39 PM No comments:

Email ThisBlogThis!Share to TwitterShare to FacebookShare to Pinterest
Labels: Superman

Gila: the Life and Death of an American River

It's easy to get the wrong impression about rivers in Arizona, even if you've lived here for many years. As a desert dweller, you cross so many dry river beds on the highway that you think every river in Arizona, except for the Colorado, is dry most of the time. Sometimes it takes a geography class to teach you that the story of Arizona rivers is more complicated. That's where I first heard of the Gila River. So when I found this book, my curiosity was piqued.

One thing you can't doubt, no matter where you live, is that water is highly political. This will become increasingly obvious to everyone as the 21st Century progresses, and groundwater disappears. This process is well documented in Gila, The Life and Death of an American River, by Gregory McNamee. You may choose to see it as the diatribe of a conservationist about the destruction of one desert river, but the proof of his arguments can be found in the ruins and canals of ancient tribes in Arizona. Like us, these people suffered from too much success. They irrigated fields with river water, which led to the concentration of mineral salts in their soil, until they had to abandon those fields.

The story of a river is also the story of the people, plants, and animals that live alongside it – and this book does an admirable job of telling it, from the formation of the Gila River, to its discovery by various tribes and immigrants, to its mismanagement and destruction by modern men, and finally to the current signs of hope for its recovery. In these pages you'll find out why the slaughter of beavers may have been one of the two most damaging things ever done to Arizona rivers (the other thing being the construction of large dams, behind which tons of sediment are currently piling).

It may seem that the story of one desert river is irrelevant to anyone but the people who live alongside it, but reading this book may change your opinion about that. All over the world, people are beginning to realize that the way we manage our water resources must change, drastically. Reading this book will inform you in that argument, and possibly give you some ideas about what can and should be done. At 232 pages, it's a well-paced and punchy read, and makes my yearly list of top ten recommended books.  We've got it at the Heard Museum Book Store, so come in and see us.  You will be dazzled.

Posted by Emily Devenport at 8:33 AM No comments: