More Crappy Self-Promotion (and a Change of Font) 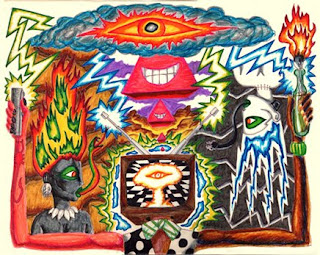 Way back in August, when I certainly should have been on top of the situation, my writing again appeared in CLARKESWORLD magazine – and I failed to tell anyone about it. Despite that, my story (technically a novelette) “The Servant” has managed to get some recommendations for the Hugo award. Since “The Servant” started out as an idea for a novel, I've placed it on the front burner and am now ambitiously expanding and developing it into what will eventually be a 125,000-word book. Shazzam. (Shazzam is not the title of the book; it's just a mild, happy expletive with old comic book roots.)

In the same issue of CLARKESWORLD, I also have a nonfiction piece, “Hipsters of Zombieland.” You lovers of all things zombie, please visit and counter the one comment on the page that was penned by a zombie-hater. Unless you hate my article. In which case, never mind . . .

And yes, this is a new font: Chalkboard. Apparently quite a few people hate Comic Sans. (Just about everyone but me, it seems.) Granted, you may have a tough time telling the difference between the old font and the new one, but to me it seems less wiggly. In fact, this is the way I wish I could write with the raw paw (mechanically). Of course, that's how I felt about Comic Sans, too. So my judgement is still questionable.

Fall is coming to Phoenix, which means that the temperature has dropped into the 80s (Fahrenheit) instead of the 100s. Work here at Casa Devenport/Hogan proceeds apace. A lot of failure is mitigated by a few successes, so we are encouraged to continue. I hope you are too. 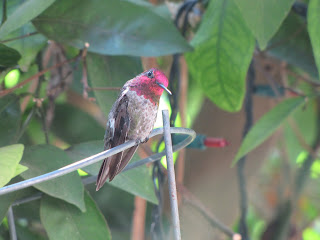 If you can get to the London Place Theater for this performance, buy your tickets now! Michael Levy's music is featured in a new ballet. Click on the links below for more information, and to buy the music for your lyre collection . . .

Tchaikovsky, Prokofiev, Stravinsky? They can now retire - I bring forth into ballet, my awesome lyre! I am delighted to announce that my composition for solo lyre, "Nero's Lyre" is to be featured in a new ballet production "No Lander" by Riccardo Buscarini - to be performed live at the London Place Theatre on 28th October:

"Five sailors lost at sea are exposed to an unrelenting space, nothing to hang onto, no roots, no light and no land. Falling in and out of intricate duets as they grapple to hold on to something, their flesh emerges from the darkness in waving and sculptural torsions. Stark industrial lighting and live-captured sound collide and transform the stage into a deserted wreck. No Lander is a dance about longing and belonging"

More details at:  http://www.theplace.org.uk/riccardo-buscarini-0 A video of the section of the ballet which features my music can be viewed here.
Posted by Emily Devenport at 10:02 AM 1 comment: