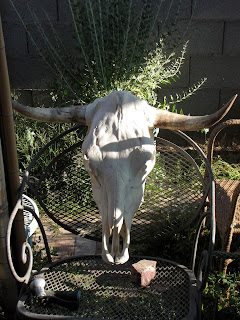 If there is one thing I despise, it's the trend of ticky-tacky housing developments in most of the formerly wild, empty places in Arizona between cities. This is one of the things going through my mind as Ernie and I drive up Cave Creek road from Phoenix toward the city of Cave Creek. I love the empty, pristine deserts that still reign throughout most of the Basin and Range Province; it is in this God-forsaken desolation that, perversely, I feel closest to God. How could I do otherwise in this perfect silence, broken only by the cries of cactus wrens, quails, and mourning doves? Though I like to visit the pines from time to time, they can't compete with my Uncle Saguaro and Aunt Cholla. 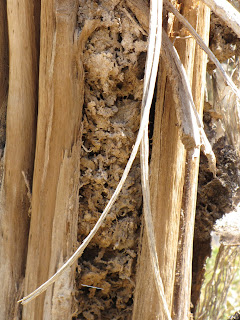 Yet, as we motor north-east from Phoenix, I get a kick out of the older shops and buildings we can see from the road. Many of them are from an earlier era, and it's like traveling in a time machine. Like many people who no longer remember the Bad Stuff, I have fond memories of the 50s, 60s, and 70s. But in my defense, this is partly because of the wackiness of those times, and the interesting artifacts they've left behind.

The town of Cave Creek is one of those artifacts. It was founded by people who truly love the desert, and because many of them used to be real estate moguls, they're extremely canny about preserving what they love. One of their greatest accomplishments is the Cave Creek Regional Park, a lovely preserve that was destined to be another ticky-tacky development until the citizens of Cave Creek intervened. Now it has a nifty visitor's center and several beautiful trails where you can hike or go horseback riding while enjoying gorgeous views. We took a trail that looped around Vulture Mountain and back again, a hike of about an hour-an-a-half. Here is the dust of the trail on my shoe. 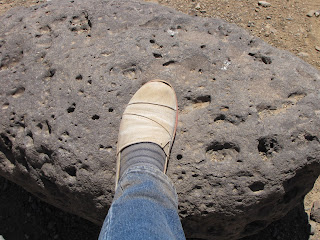 From there we headed into Cave Creek to visit some of our favorite haunts.  First, Buffalo Bill's, a shop built on a hillside.  The merchandise (pots and garden items) is displayed on terraces out back, giving the place a magical quality. 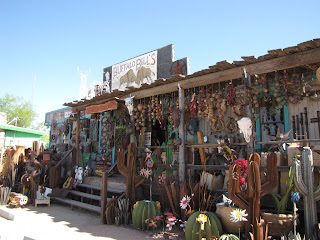 Next we ate at El Encanto, which has the best mole sauce in the known galaxy. 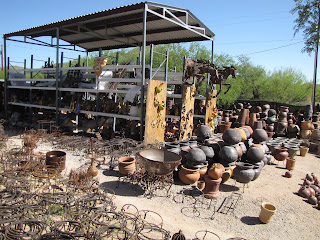 And finally, we shopped at The Town Dump, where several arcane and delightful items were purchased. 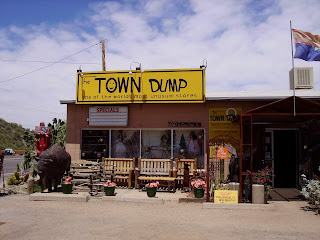 So my friends, you can keep New York, San Francisco, and Paris.  We've got Cave Creek and Vulture Mountain.  You just can't top that. 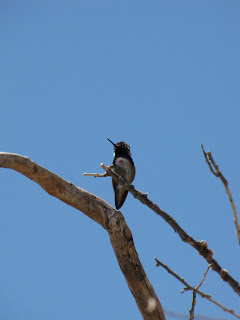 Valentina Tereshkova, the first woman to go into space, flew her mission 50 years ago – and now she's ready to go to Mars. I would love to see her do that. Talk about your cosmonaut/astronaut dream team! The mission to Mars may seem like a lot of talk right now, but it will happen. Let's hope Valentina has a place on that crew.
Posted by Emily Devenport at 8:28 AM No comments:

Michael Levy's music will once again be used to add beauty and depth to some interesting subjects – see the links below!

My lyre music is to feature at the Royal Ontario Museum!

I am pleased to announce that my new arrangement of Dr Richard Dumbrill's interpretation of the 3400 Hurrian Hymn (Text H6) is to be used in support of a new exhibition, "Mesopotamia", to be held at the Royal Ontario Museum, between June 22, 2013 to January 5, 2014...I just wish I could leave the rain ravaged UK to be there to see it!

There will be 43 seconds of my (barely noticeable!) background lyre music playing "glory" again this Wednesday, 5th June at 23.45 GMT, on the repeat of episode 2 of Waldemar Januszczak's BBC4 television documentary series "The Dark Ages An Age of Light"...and an entire nano-second of blazing televised stardom with my name in the credits at the end!!!

The 43 second clip (which I spent an entire day travelling to be filmed for the sadly unused film shoot at the Ancient Technology Centre in Dorset!), is of my arrangement of the ancient Greek music fragment, "Lament of Simonides", merging into my own composition "Ancient Visions" at the end (the clip of my lyre playing can be heard towards the end of the episode, in between some relentless waffle about Goths & Visigoths etc!)

A few precious nano-seconds of Corwen Broch's awesome Anglo-Saxon lyre-playing can also be heard - episode 2 of the series is also available to watch now, on BBC iPlayer:

Posted by Emily Devenport at 9:20 AM No comments: