The Perfect Gift For Fans of the Ancient Harp! 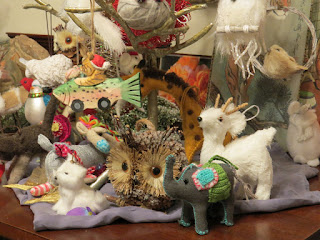 Michael Levy has a new album out, just in time for Christmas (or Hunukkah, if you download the Deluxe)! Click on the link below and get your gift-giving into gear . . .

Pre-order my new album in time for Christmas!

I am pleased to announce that from 17th December, it will be possible to pre-order from iTunes, my brand new meditative compilation album, "Ancient Lyre Music for Meditation", ahead of it's official release on iTunes and the rest of the major digital music stores (including Amazon, Google Play & Spotify etc) on 24th December!

Anyone who pre-orders the album will be able to download one of the tracks during the pre-order period and the entire album will automatically be added in their iTunes Library on the official release date...

This album features the most lyres I have ever managed to squeeze into one release! Besides showcasing the Luthieros replica Kithara of the Golden Age (with its wonderfully reconstructed vibrato mechanism) and the exotic, ancient timbre of their replica Barbitos (the bass-register tortoise shell lyre favoured by the ancient Greek poet, Sappho), the compilation also features their tenor register Chelys (tortoise shell form lyre), their treble tortoise shell lyre, as well as the wonderful harp like tone of my evocation of a Davidic lyre made by Marini Made Harps & the evocation of the Biblical 10-string Kinnor made by Mid East Ethnic Instruments - the first lyre I taught myself to play, back in 2006.

For anyone who can't wait until the 17th December, as a special Christmas present to all you lovely lyre music fans, both this new release and my entire lyre album repertoire can now be downloaded from my Bandcamp Store for just $38.70:

Seasons Greetings, everyone!
Posted by Emily Devenport at 8:18 AM No comments: