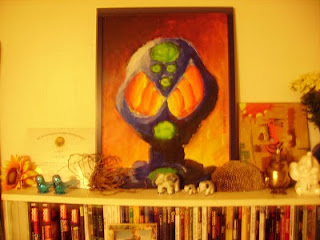 Mineral resources on Earth took millions (in some cases, billions) of years to form and are non-renewable, yet the demand for them is increasing along with human population. There are some who might argue that we should dynamite every mountain and dig up every canyon and valley that might conceivably hold even small amounts of the metals we need to maintain our technologies and our lifestyles. But there is a better alternative. We should begin developing a program that will allow us to mine Near Earth Asteroids now so we can have an orbital mining industry in place long before we begin to experience shortages on Earth.

Any mining operation has high, up-front costs. The costs connected with an NEA mining operation would dwarf the costs of current, Earth-bound mines, but the profits and benefits of successful NEA mining would far exceed those that result from conventional mining. An M-type asteroid with a diameter of 1km could contain approximately 2 billion metric tons of nickel-iron ore, about twice the amount of world production of iron ore in 2004. NEAs may also contain other industrial elements and precious minerals like cobalt, gold and platinum, as well as water ice that could be used to make fuel for spacecraft.

The quality of ore in these asteroids is currently unknown, but that is also true of ore deposits on Earth. Though up-front costs are important, there are several other excellent reasons to create an asteroid mining industry, not the least of which would be the new jobs that would be created. Geologists, chemists, engineers, astronomers, astrophysicists, and professionals from related fields would work with mining technicians using a range of equipment and obtaining a level of training previously unheard of in the mining industry.

Another factor to consider is simply the fact that we’re going to be in space anyway, building and improving the International Space Station, sending scientific missions to the moon, Mars, and other planets, and protecting national security. If we can wrangle our raw materials from NEA’s, we’ll improve our ability to live and work in space.

Once we’ve mined minerals from NEAs, a lot of it can be refined and processed in space. The materials we need on Earth could be lowered into our gravity with space elevators. These would stretch from the surface of Earth, at the equator, into a geostationary orbit. Ore could be lowered to the surface, and personnel and equipment could be shuttled to orbit. The carbon nanotube material needed to construct the space elevator does not currently exist -- it would need to be 100 times stronger than steel. We also need to develop space-tether technologies, both for anchoring miners to the asteroids and for the space elevators, to learn how to wrangle long structures in space. High-speed electro-magnetic propulsion technology would also have to be developed.

These are huge challenges, but there is one last, very compelling reason to pursue mining of NEAs, and that is the possibility that someday we may need to intercept a large asteroid or comet that is on a collision course with Earth. If we already have experience changing the trajectory of asteroids for mining purposes, we’ll have a much better chance of nudging one out of a destructive path. And while we’re at it, we might as well carve some cash out of its hide, to pay for the expenses of the mission.

We’re going to be there anyway. Let’s make some money while we’re at it.

Posted by Emily Devenport at 6:50 PM No comments:

The Attack Of The Divergers 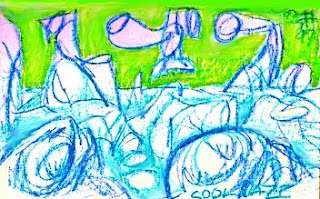 Organisms must evolve and adapt to habitats on Earth if they are going to survive to reproduce and pass on their DNA. The human species is the result of evolution, we are descended from simpler life forms whose variations allowed them to survive in changing environments. Yet it can be argued that humans are no longer exposed to our environment. We have machines, clothing, and drugs that minimize our exposure to temperature, weather, and predators. But there is one thing from which we cannot isolate ourselves, and that is gravity (or the lack thereof).

Currently, most of the people who leave Earth’s gravity well are astronauts, who suffer a significant loss of bone and muscle mass, as well as a reduction in bone density, because of long-term exposure to zero gravity. This occurs because in zero gravity there is a shift in body fluids, resulting in decreased blood flow, which in turn makes it harder for the cardiovascular system to get nutrients to the bone. Exercise is known to counteract these effects, but the astronauts must spend large amounts of time doing the exercises. This leaves them much less time to perform the duties for which they went into space in the first place. For this reason, long-term habitats for humans in space would have to include artificial gravity, which would probably be simulated “by using a long-spin arm and a slow rotation." This implies a rotating space station with higher simulated gravity at the outer edges and zero gravity at the center of spin (like the space station in Babylon 5).

If the humans in space are going to diverge, they must be isolated from Earth and never (or almost never) spend significant amounts of time in our gravity well. They would be living and working in space and/or on moons and planets with lower gravity. It’s tempting to predict that these Space Humans would be smaller than us, with smaller, less dense bones. But that assumption is more in line with Lamarck’s Theory of Acquired Characteristics: the first generation of people who colonize space lose bone and muscle mass because they’re living in lower gravities, so their children are born smaller. According to modern evolutionary theory, it’s not their parents’ loss of muscle mass the children would inherit, it’s their DNA and (specifically) their cardiovascular system. Therefore the Space Humans who are most likely to pass their characteristics on to their children will be the ones with a cardiovascular system that can deliver nutrients to their bones (not to mention certain other body parts necessary for reproduction) in lower gravities.

Variability is the most important factor in the survival of any species, and those who can adapt to rapid change are the ones most likely to survive. Size and bone density are physical characteristics that can change even within the lifetime of an individual organism, depending on the amount of nutrients that organism receives and the outer forces (like gravity) acting upon that organism. People who live in space may very well be smaller than people who live on Earth, but any actual divergence will spring from differences that evolve in their cardiovascular systems. Since this system delivers oxygen and nutrients to the entire body, these changes could cause their organs to be different -- including their brains.

When that happens we may begin to see the emergence of a new species, one that can no longer (or no longer wants to) reproduce with us.

Posted by Emily Devenport at 1:28 PM No comments: