Every Librarian Knew One Basic Fact 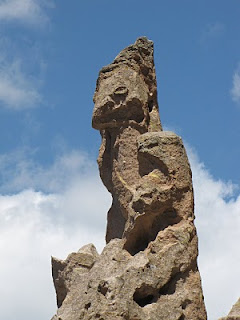 Every librarian knew one basic fact: classification precedes organization. If you wanted to put together a library people could use to find things out, you had to figure out which categories to put the books in. Hawkeye’s library didn’t contain nearly as many categories as most. At least three-quarters of her hard copies were about the Disappearance or related subjects – including the Neighbors.

Boss and his comrades zeroed in on these immediately, especially the one written by John Davies, Neighbors And Their Spirits Of Glory. According to Davies, when Neighbors die, their comrades petition the Spirits of Glory to allow the departed ones to enter into their company. Hawkeye had memorized the Genparl approximation of the ritual, assuming it must be genuine, but now that she was about to travel with real Neighbors, she wondered if they would agree with anything that had been written about them in her library. They stood looking, as if they could read the entire content of the books simply by reading the spines.

Posted by Emily Devenport at 9:53 AM No comments: 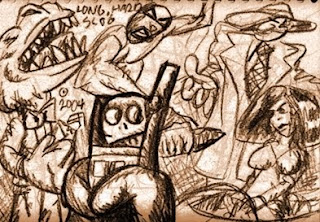 Most people who know anything about Obsessive Compulsive Disorder are familiar with its more common forms: Scrupulosity, where people are anxious about germs and constantly wash their hands, and Checking: where people worry that they've left some appliance on, and the house will burn down if they don't keep going back to check it, over and over. Another common manifestation is Counting: having to count up to some astronomically high number before you can go through a door, or turn the light-switch on and off a certain number of times. There are actually quite a lot of dimensions to OCD, and as many varieties of symptoms as there are sufferers. And though OCD can seriously undermine the happiness and mental health of the people who experience it, an Obsessive Compulsive condition can actually be helpful to some people. The most obvious example I can present for this is the writer.

Many writers joke about it, but most of us agree that our vocation is kind of peculiar. It's an offshoot of Compulsive Thoughts, which drive some people to worry about things that haven't actually happened, but that maybe COULD happen. Technically, writers tell stories about people they don't know, doing things they never witnessed, set in places they've never been. If we do it well enough, we can convince the reader it's all true. It's a win-win situation – we get to channel this nutty drive that compels us to make stuff up, and the reader gets to be entertained. But sometimes, odd side effects develop.

I first noticed one of these side effects about 14 years ago, when I was writing Broken Time. I'm a four-finger typist, and I make a lot of mistakes when I'm typing. I usually look at the keyboard instead of the screen while I'm working – a bad habit. During the writing process I go back every few sentences or to see if I've goofed. And of course, I have. So I fix the boo-boos, eliminating some letters and adding others. Pretty straight-forward, right? It would be for a sane person. But while I was writing Broken Time, I kept accidentally duplicating letters. And I didn't use the mouse as much then as I do now, so I'd use keys to get back to the boo-boo and delete one of the letters. And sometimes I would be too lazy to go all the way to the last redundant letter, and swoop down on the first, instead.

Notice my use of the term, swoop down. The metaphor is telling. I have too much imagination for my own good. I started to think of those letters as creatures who cringed as they waited to see who would die in the claws of the delete button. And if I grabbed the first letter instead of the last, I'd think, That letter thought he was safe. And then – BOOM.

I knew this was irrational. I even joked about it at first. This is the insidious thing about OCD – you can be perfectly aware that it's irrational, yet still be helpless to shrug it off. The harder you try, the worse it gets. In my case, the notion of the cringing letters distracted me enough to make my four-finger-typing method even more laborious than it already is. It continually knocked me out of the peculiar mental state all creative folks enter so they can concentrate on crafting a story out of multiple threads.

Creativity is a double-edged sword. But creativity is also the answer to the problem. I couldn't fight the silly notion that the letters were cringing. So I decided to make up a story about them. And it was fairly simple. When the letters get deleted, they're not dying. They're simply being transferred into a waiting room until they get used again in another word. While they're in the waiting room, they can read magazines, watch re-runs of Dr. Phil, whatever. Every time I had to delete a letter, I pictured this.

It worked. I no longer picture swooping and cringing. I picture letters who read too many magazines and watch sleazy daytime TV. Happy letters. Happy Em.

Happy ending. If you can make people believe that, you've succeeded. Whether or not it's because of your OCD or despite it depends on your point of view.

See you in the waiting room. I'll save you a good magazine.

Posted by Emily Devenport at 11:27 AM No comments: 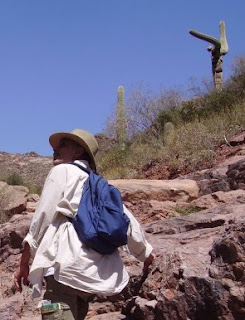 Check out my husband's new blog on mondoernesto.com – I helped drive . . .

Posted by Emily Devenport at 4:47 PM No comments:

Free Sample Of Spirits Of Glory 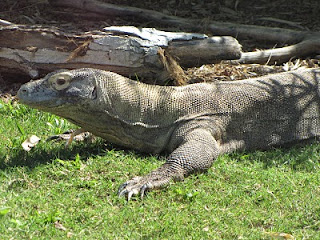 Posted by Emily Devenport at 5:32 AM No comments:

Free Sample Of The Night Shifters 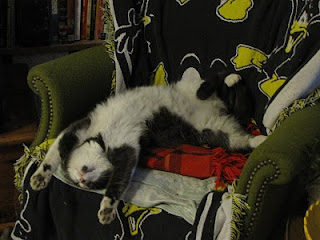 Posted by Emily Devenport at 5:24 AM No comments:

Notes From A Dreamed Life 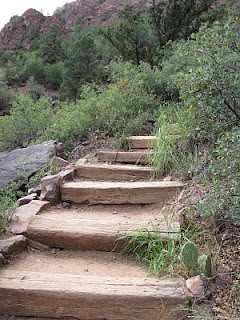 Please check out my guest blog on loveromancepassion.com . . .

Posted by Emily Devenport at 8:56 PM No comments: 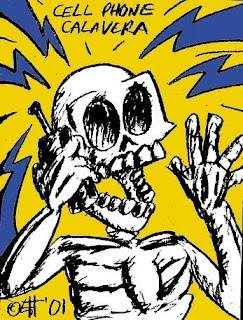 NOTE: THESE COUPONS HAVE EXPIRED. WATCH THIS SPACE FOR FUTURE COUPONS!

In a previous blog I mentioned that you can generate coupons to help promote your e-books, and post them on Twitter, Facebook, etc. You can also post them on your blog, and that's what I'm doing today. These coupons are good until November 29, 2010.

(Scribble down the codes before you click on the links):

The books are free with the codes, just enter them during the purchase process. You can download them onto your Kindle, Sony Reader, Nook, iphone, etc.

My books have made it to most of the major e-book sites – except for Amazon. It looks like I'll have to get my format wizard to do an Amazon version after all . . .

Posted by Emily Devenport at 6:40 AM No comments: