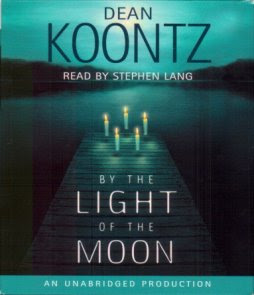 Several years ago my day job was actually a night job, working as a sweeper at a grade school. It wasn’t a bad job for a writer, because I did it alone, with no customers clamoring for my attention and no tasks that required serious thought, so I could think about books I was working on and do sketchy plotting and character development while erasing chalkboards and emptying trash. I actually looked forward to doing this job, but not because it made me happy to restore order to chaos. I liked the fact that for the last 2 hours every night, after all the teaching staff had gone home, my supervisor would play audio books on the P.A. system.
Prior to that time, I had foolishly scorned audio books. I thought they were for lazy people who didn’t want to read. And that’s partially true, we still get plenty of kids at the book store where I work who don’t want to read an assigned book, who think they’ll be able to pay attention to an audio version (and who probably don’t have the attention span to do so). But once I began to listen to audio books myself, I realized my scorn had been mostly unfair. Good audio books are as entertaining as a good radio show, something most Americans are too young to have heard. I have become an devoted fan of them. 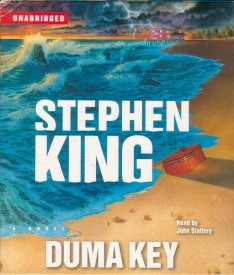 Now I tend to listen to audio books under three different circumstances. I like to listen while I’m gardening, because the books divert my attention away from the fact that I’ve got such a huge amount of work to do. When I’m listening to a book, I can pull grass and weeds for hours. I can prune roses until it’s too dark outside to see (and my hands are clawed all to heck). I can lug stones back and forth, and fertilize annuals, and rake leaves, and still feel like I’m having a good time.
I listen to books while I’m cleaning too, everything except vacuuming. And while I’m cooking and baking, except for when I’m running the power mixer. Audio books have actually helped make me more attentive in the kitchen, instead of letting me wander off to let something burn. So they actually get credit for improving my domestic skills (even if accidentally).
I have some favorites that I’ve listened to many times. Dean Koontz probably tops the list with the audio versions of Fear Nothing, Seize The Night, One Door Away From Heaven, Life Expectancy, By The Light Of The Moon, Intensity, the (brilliantly performed by B.D. Wong) abridged version of Tick-Tock, and, last but not least, Dragon Tears.
Stephen King also has some audio goodies to offer: The Green Mile, The Cell, Lisey's Story, Duma Key, and all of his short story collections. I also really enjoyed the books recorded of the Gunslinger series.
Any audio book you can get by Agatha Christie is a treat. Likewise the audio versions of books by Elisabeth Peters and Ellis Peters. Elmore Leonard’s audios are even more entertaining than movies that have been made out of his books. Diana Gabaldon’s Voyager books are fun, and Elisabeth Kostova’s wonderful Dracula book, The Historian, is worth listening too over and over. Anything by Ray Bradbury is great, especially if he’s performing it himself.
By now you may have noticed a pattern in my preferences: thrillers, mystery, horror, sci-fi. But I listen to non-fiction too. Probably my favorite non-fiction author in audio is Sara Vowell. Assassination Vacation is as funny and entertaining as it is informative (very!). 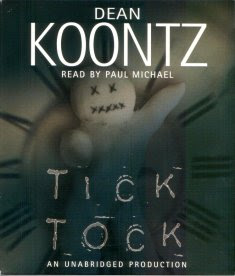 The main problem with audio books has always been cost. Some of them are $50 or $60, sometimes more. Even the more moderately-priced audio books can run $25, and that’s too much for me. I look for inexpensive pre-owned copies, or remaindered (“sale”) stuff. But I suspect the audio book will decrease in price just as much as the hard copy will, once it becomes an electronic download. I would even be willing to get an ipod for audio books, something I’ve resisted doing for music so far.
I plan to record audio versions of my own books, probably starting in spring of 2010, and sell them as audio files online. I’m thinking $2.99 to $4.99 will be a fair price in this new millennium of depressed incomes. Ideally, I’ll be able to feature audio samples on my website, maybe even make commercials for you-tube. I suspect I’ll be a bit clunky at first, but this is the sort of thing you can only learn by doing. After all, Stephen King and Ray Bradbury are good at performing their own work – it’s not unheard of.
And in the meantime, I’ve got all these great books to listen to, setting the best example. Try them if you like audio. Check them out of your local library if you have to. Maybe, like me, you’ll become a fan too. 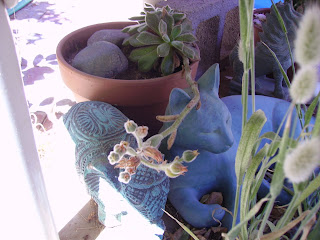