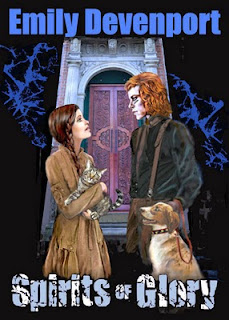 For over a year I've been blogging about my intention to publish ebooks and record my own audio books. Now I've finally published a novel on Smashwords, and I thought I'd better write a bit about what I expected and what actually happened. Some things that I thought would be easy turned out to be fairly difficult, but some aspects of the process have surpassed my expectations.

First, let me make it clear that I do not expect to get rich by selling ebooks. I didn't get rich by selling hard copies through conventional publishers, either. Nothing squelches your high expectations like a royalty statement. But I had some new novels I wanted to publish, and this time around I wanted to be in charge. So I made some rational decisions.

First, I knew I needed a good editor, so I contacted Elinor Mavor, who edited AMAZING STORIES magazine for a few years back in the 80s. She went over my manuscripts with a fine-tooth comb and pointed out the problems. Using her feedback I rewrote, fine-tuned, tweaked, and read the manuscripts aloud until I felt confident that they were well-polished and up to professional standards. 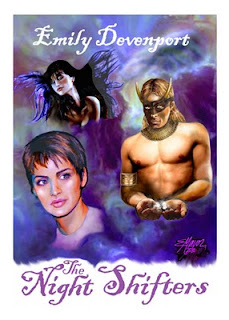 Ellie is a wonderful artist and graphic designer too, so the second thing I did was contract with her to do my covers. Some writers might be really good at designing their own covers, but I'm not – though I recognize a good one when I see it. I love what Ellie came up with. Now I have attractive images connected with my new titles – I can splash them around the web and attract some attention.

I felt I was ready – I figured the next step was to log onto Smashwords and amazon and publish my first title, The Night Shifters. And that's when I ran into the wall. It was like that dream I had about Godzilla (ending with a resounding SPLAT). I found out that a manuscript formatted for printing does not work on an ebook reader. You end up with text in odd places, no indents, no centering, page numbers that no longer relate to reality, one-word pages, and all kinds of other baffling and ugly complications. And fixing it isn't just a matter of going in and dragging stuff back where it belongs. I thought I was going to have to learn HTML and become an expert on Word, just for starters. I could see weeks of hard work stretching ahead of me. I would have cried if my eyeballs hadn't already been so fried.

Then I noticed something in Mark Coker's How To Publish guide on Smashwords: he has a list of formatting professionals he'll email you if you'd rather not struggle with it yourself. He sent me his list, and I contracted with Elizabeth Beeton of B10 Mediaworx (who also writes as Moriah Jovan). She was affordable, and she did a marvelous job formatting the two files I sent her. She is now my go-to gal for all my formatting needs.

So I had all my ducks in a row. I published my first ebook, The Night Shifters, with Smashwords. Very soon I'll be publishing my second ebook with them too: Spirits Of Glory. They have an attractive site, and they have a feature called meatgrinder that renders an ebook into other formats for distribution on major sites like Kobo, Sony, Diesel, Barnes & Noble, and (coming soon!) amazon. This means a book published through Smashwords can be purchased and read in several different formats, on lots of different gizmos (like the Kindle, the Nook, and your iphone, ipad or itouch). One-stop shopping is one click away.

Now it's my job to market my books. I have offered coupons for free copies to my friends on facebook (begging for reviews in return), blogged about my new books, and looked for my name in google-search and contacted sites that mentioned me. I also bought an ad on facebook (and will be doing so again once my ebook makes it onto amazon). It will take time to build an online audience, but I'm nothing if not patient.

I mentioned audiobooks too. My first attempt at recording one on my Garage Band program was a success – except when I tried to turn it into an MP3 file. Then I found out my files were too big. So I get to do it over again in smaller chunks. But I'm not too upset about it – making my own production improved my self-confidence. I haven't learned enough about the process to offer advice about it yet, so I'll stick to what I DO know.

Hire a professional editor to go over your manuscript ($200 to $500, depending on the length of the book). Don't be afraid to contact artists and ask them how much they would charge to do a cover (price varies, but I paid around $500 – and please understand that you're not buying all the rights to that image, just the right to use it for that edition of your book). Once you've got a book and a cover you can be proud of, get it properly formatted ($40 to $75 if you don't have a lot of images, tables, graphs, etc. in the book – anything really complicated may be up to $200, and I have no idea what a graphic novel might be).

Once you've published, understand that there's a fine line between promotion and pestering. Think about the commercials on TV that you always want to mute or speed past. Don't be one of those commercials! Don't make your facebook friends wince every time they see your name in their email.

Even when all publishing was done the old, conventional way, the people who had successful writing careers were not always the people who were the most talented. They were the people who persisted. So in a nutshell: Learn your craft. Contract with Professionals.

Posted by Emily Devenport at 6:07 PM