Powerhouse Knocks Your Socks Off 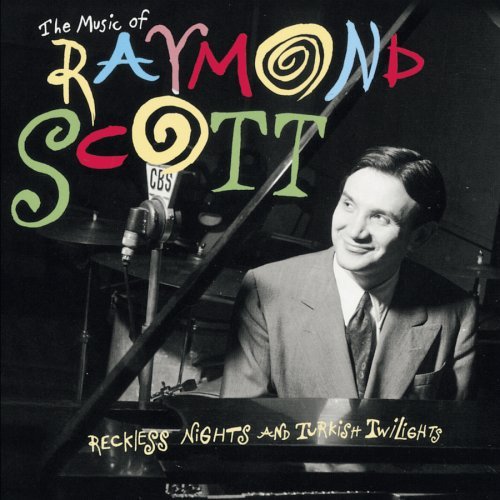 Recently we celebrated the 50th Anniversary of John Glenn's flight into orbit around the Earth, a feat that still fills me with pride. Though I also celebrate the fact that Yuri Gagarin and Valentina Tereshkova were the first man and woman in space, that flight was one of the great American achievements of the 20th century. But another great achievement celebrated its 75th Anniversary on that same date: the debut of Raymond Scott's best known composition, “Powerhouse.”

If you've ever seen an automated assembly line in action, you can't help but imagine “Powerhouse” playing in the background – it is truly the music of the Jazz/Machine Age. In a way, that technology is as Victorian as anything you'd find in a Steampunk novel, with its gears and perfectly calibrated interlocking parts. I can remember one Warner Brothers cartoon where a couple of ultra-polite chipmunks accidentally get transported to a canning plant inside a load of vegetables. Carl Stalling's arrangement of “Powerhouse” plays while these little guys try to avoid the machinery that processes and cans the veggies. When you listen to that rendition, you don't just hear the machines working – time itself seems to be marching off to some dazzling, relentless future.

Stalling's renditions of Raymond Scott's work are beefier than Scott's, since they're arranged for full orchestra. And the Warner Brothers orchestra recorded on one of the best sound stages in Hollywood. I grew up watching those cartoons (on the Wallace & Ladmo Show), and I ended up getting thoroughly spoiled by the high-quality animation and scoring. The wretched, canned music that accompanied cartoons in later eras is like fingernails on a blackboard to my ears. Fortunately, I can still get CDs with the good stuff on them.

My favorite Raymond Scott album is Reckless Nights And Turkish Twilights. If you look on Amazon, you'll notice that most of the reviews for it are 5 stars. It's a perfect collection. Some would say the sound quality isn't up to par with the great recordings of the 20th century, and that's true. But this album made me realize something about the music of Raymond Scott – it was actually written with that poor sound reproduction in mind. When this music is recorded in high fidelity, it's almost too much (though Carl Stalling certainly did a magnificent job with his arrangements.) I think the lower fidelity of this recording protects the listener from the full "manic" impact, giving you a chance to enjoy the performances and the composition.

And if you'd like the Warner Brothers/Stalling take on the subject, try The Carl Stalling Project. It will make you long for the days of those old big-band orchestras. If only there were nightclubs that still offered dinner, a big orchestra, dance performances by the likes of Fred & Ginger . . . 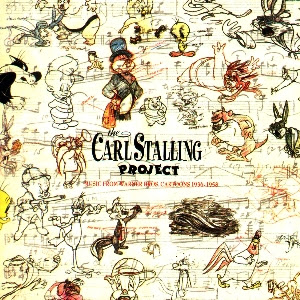 So I salute John Glenn on the anniversary of his flight into orbit. And I salute Raymond Scott for sending me into orbit. Here's to you, fellas.

Posted by Emily Devenport at 6:12 PM