The View From The Dumpster May Be the Clearest 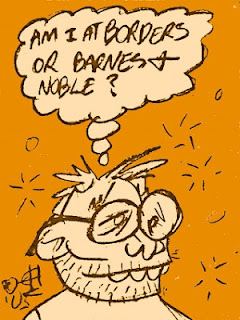 My husband and I were watching one of our favorite movies the other night, Rear Window, when one of the characters made a really interesting remark. She was Stella, the traveling nurse who pays regular therapeutic visits to “Jeff” Jeffries for his broken leg. She told him that she had predicted the stock market crash of 1929, and that it was easy to do so. But not because she was an economic wiz. One of the Vice Presidents of GM was a patient of hers, and he was having kidney trouble. “When General Motors has to go to the bathroom 10 times a day,” she said, “the whole country's ready to let go.”

Her remark made me remember my experiences working for Borders Books & Music, at a superstore in Phoenix. No one was running to the bathroom 10 times a day (okay – sometimes I was), but something else really revealing was going on. I did a lot of work in the stock room, receiving, sorting, and stickering product to be shelved. I also helped to throw away our gigantic pile of trash every day. Eventually I realized that more paper was going into that dumpster than was going out the front door as purchased books. 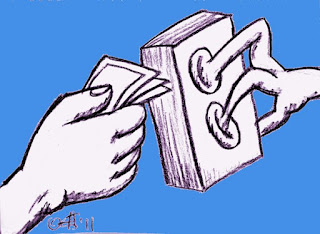 This was mind blowing. I tried to imagine businesses all over the country, throwing away all that stuff. I think if all of us could really see how much of it there is on a daily basis, we would decide something had to be done about it. Why? Because that's energy we're throwing away. That's cellulose, which could be converted back into fuel, or fertilizer, or heat, and we're paying people to ship it around the country and then throw it in dumpsters. In our case, it was tons of cardboard: boxes and display materials. We re-used a small portion of those boxes to ship returns to our distributor (more about that later), but most of them went straight into the garbage. One of our line employees tried to suggest that we could get paid for the cardboard by a recycler who specialized in pick-ups from businesses. Our District Manager dismissed his suggestion, and when he went over her head to suggest it to the Regional Manager, he was warned that if he did that again he'd be fired. Yes, it's not considered kosher to go over the head of a superior. But our company used to have a system in place where line employees could make suggestions to the Brass upstairs – but they never accepted any of those suggestions, and eventually that system went away.

Eventually our company did, too. 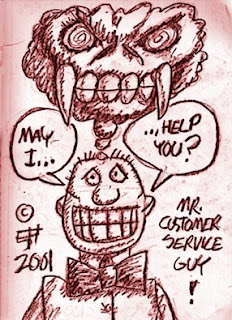 Before the crash, I watched an interesting progression take place. In the early, halcyon days we got gigantic shipments of books, magazines, movies, and music. We sold a lot of that stuff, but so much of it was coming in, a lot of it never made it to the shelves. We didn't have an efficient system for getting those books and CDs on carts and then on the floor (let alone in the proper alphabetical order in the right section). So when I trained as a sales clerk, the rule was that if a customer came in looking for an item, there were seven places you had to check before giving up and admitting defeat (Can I order that for you, Ma'am?) – the sorting bins were one of those places.

Returns were also a challenge – we had a list of items we were supposed to return every month. When we looked for that stuff, we often found it in those bins. In the beginning, it was stuff that didn't sell very well (sometimes because it never made it to the floor) and we returned it so we could get stuff that did sell well. By the end, we were using those returns to finance our new stock purchases (instead of profit from sales). We would return stuff one month, and order the same stuff for the next. It was beyond bizarre. 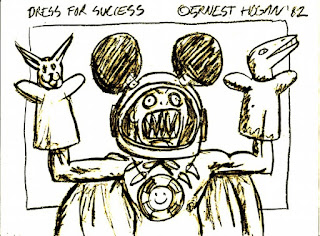 In an ideal situation, customer returns are rare. You sell a good product, they find it useful, they keep it. When I first began to work at Borders, the return rate at the register was actually kind of high already. A lot of it was driven by fraud (people would pull items off the shelf and claim they were returning them so they could use the credit to buy other items). Our return policy was ridiculously lenient, and it didn't take long for termites to settle in. But they weren't the only culprits, and in the end they weren't even the majority of abusers. The majority were people engaged in what I call Theft Of Services. These were folks who bought books, read them, then returned them when they were finished. These folks thought nothing was wrong with that, because the store could sell the book, so where was the harm? The harm is that they returned the physical book, but they stole the content. When the product is a book, the physical copy is not the full extent of the product, it's just the delivery system. The content is really the product. That's why people can sell ebooks. 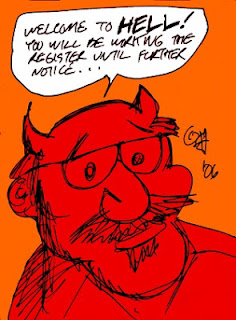 So that's one of the major reasons that the ratio between the paper going out the door as sold product and the paper being shipped back or tossed into the dumpster got out of whack; paper started to come back to us from another direction. Eventually, the number of people coming to the register with returns went from 1 in 10 people to about 5 in 10.

By that time, the economy had really tanked. A lot of folks were returning those books because they couldn't pay their bills. But did they do the honest thing and simply go to the library? Nope. And because they didn't go to the library, they caused initial sales at our stores to seem higher than they really were. Executives at our company focused on those sales figures and mostly ignored return rates.


These same executives stepped up their merchandising campaigns. They paid Robert Sabuda, the wonderful designer of pop-up books, to design pop-up style Christmas decorations for all the stores, paid to have them constructed and shipped to the stores – then ordered us to throw them all in the trash once the season was over. Chastened by criticism from investors over this fiasco, they responded by paying one of their colleagues in their own headquarters to design the decorations for next year. His designs were so creepy, we were actually grateful to throw them in the dumpsters after Christmas.

You might think some of that waste is necessary – after all, sometimes you have to spend money to make money. That's what merchandising is, and in stores you see it manifested as signs advertising the products. Every month they sent us big packages of signage to put up in the store. And it seemed like just about every other month they e-mailed the managers and told them to throw out all that signage instead of putting it up, because it was the wrong color. That was about $60,000 that went into the trash for no good reason. They could have just mailed us the money and told us to throw it away. 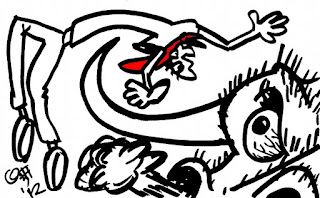 So to paraphrase Stella, if more paper is going into the dumpsters than is being sold to customers, something's wrong. Most businesses manage by numbers these days, but those numbers can be interpreted different ways. They can be massaged. Our financial meltdowns in 1929 and 2008 prove that. So if you're thinking of investing in a company that deals in physical products, you may want to check their dumpsters. They may tell a tale that will make you change your mind.

The nifty illustrations for this post were done by my husband, artist/writer Ernest Hogan.

Posted by Emily Devenport at 11:36 AM