The Time of Odd Innocence 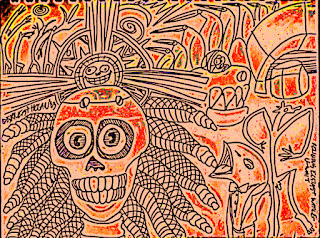 The other day I watched a movie that had a huge impact on me when I saw it on TV: Beach Party. It was released to theaters in 1963, but didn't make it to my TV set until about 1968. I was nine years old, and it rocked my world.

You could say the same thing about Godzilla, The King and I, Jason and the Argonauts, The Pink Panther, and dozens of other movies my impressionable young brain soaked up from the TV, but unlike the other movies, Beach Party and its sequels and impersonators were about something I thought was actually going to happen one day: I would become a teenager, go to the beach, and get a boyfriend who surfed and played the guitar.


After all, isn't that what happened with Gidget and Moondoggie? To me, this seemed like the True and Only American mating ritual. Never mind the fact that I knew nothing about actual sex. And watching Beach Party did not educate me in that regard. Seeing the movie almost fifty years later, I was struck by the artful balance between what the characters said and what they did not say. The adult characters use the word sex several times, but the young characters, the people I thought were teenagers (on the second viewing, they struck me as college-age), never do.

But here's what really blows my mind. They never mention the word marriage, either. Prior to that time, you had to imply that couples were heading in that general direction if you were going to make it past the ratings board, but by the time Beach Party came out, everyone had grown up at least a little.


There are two couples at the center of the movie, and the younger one, whose age group was undoubtedly the target audience for the movie, is having trust issues. He wants to be alone with her; she's afraid to be alone with him. As an adult, I can see that he was hoping their relationship could move to the next level of intimacy, the one that would require at least one of them to use birth control. But she's afraid of that level, because she's not sure he's in it for the long haul. If she ends up “in trouble,” she may be on her own.

Even as an uneducated kid, I understood her fear of abandonment. And since the movie was a musical, it also seemed natural that the characters should burst into song from time to time. (I'm convinced this is the reason we insist on blasting music in cars, stores, and malls – we think real life is supposed to have a sound track.) The surfer guys all looked like the handsome guys from the Mystery Date game (I rigged the door on the one I owned so it would always open to show my favorite guy), and a general silliness held the plot together, so even when I didn't know what was being implied in the sex education department, I could go with the flow on the surface emotions. I was thrilled with the ride.


In 1968, the real world was coming to pieces and trying to remake itself into something new. Viet Nam divided the younger and older generations, people were beginning to question whether war caused more problems than it solved, whether a 9 to 5 job was the only worthy goal in life, whether drugs should be illegal. And the family itself was a reason for conflict – was it really a one-size-fits-all proposition? Was Western religion the only true philosophy, or did Eastern religions have something to teach us? In another year, the pinnacle of hippie culture would be realized at Woodstock, the nadir in the Manson killings. Younger people felt an irrational hope; older people thought the world was coming to an end.

More relevant to the two couples in Beach Party, the first birth control pills were approved by the FDA in the late 60s. The idea of a relationship outside marriage was about to get some moral support (though many still called it immoral).


But the whole love theme was only half the story in Beach Party, because another phenomenon had already started to re-shape pop culture: the Tribe of Surfing. The writers of Beach Party were right when they sicked a couple of anthropologists on the main characters, and Paul McCartney was right to worry that Brian Wilson of The Beach Boys was his biggest competition. Once Dave Sweet and Hobie Alter designed light-weight surfboards that more people could use, anyone who had access to a beach at least gave it a try. The Gidget movies turned surfing into pop culture, Dick Dale perfected surf music that summed up the surfing life and the lingo, and Hawaii suddenly seemed like a happenin' place to a new generation.

And me? I lived in Arizona. I bought into the beach myth with all my heart, and it was with great dismay that my balloon was burst many years later, when I made my first trip to an actual beach in California, thinking it would be Pavones. But every square foot was taken up by a human being, and almost none of them looked like those fabulous people in the movies. They were old and fat, or screaming toddlers, or people who gave me the creeps. The sand was hot, the water was cold and full of icky stuff, and I got a sunburn just by walking from the parking lot. (All of you people who didn't belong on my beach, I still hate your guts 30 years later – especially now that I look like you).

But I did glean one useful thing from Beach Party. At the end of the movie, the surfers protect the Anthropologists from evil bikers by forming a moving ring around them and singing their own version of Ring Around the Rosey (“Punch You in the Nosey”). I tried that trick on the playground after I saw the movie. I can tell you with authority – it's a great trick. But it only works once.

Then the bad guys wise up.

Posted by Emily Devenport at 6:40 PM