So, You think YOUR Day Job Is Tough 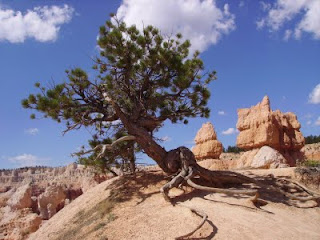 Before I came to work for my current employer, I worked for the Department of Corrections. I was an officer at a minimum security facility in the middle of town, an odd place that had been converted from an old motel. I think the place appealed to state officials because it didn’t require a lot of renovation in order to make it work as a minimum security facility. The lobby was converted into a control room, the guest rooms were fitted with metal bunks, and the perimeter was secured with a chain-link fence and razor wire.

This may not sound like a lot of security, but I promise you, getting in and out of that joint took effort, even if you weren’t an inmate – although a small percentage of inmates were allowed out on work crews. Since they were minimum security inmates who didn’t want to become maximum security inmates, those who were allowed out for work always came back. So you could say that the security features of the facility were both physical and psychological.

I confess, I spent many days wondering how I would break out if I were an inmate. I did this partly because I was bored out of my skull and partly because I desperately wanted out of that place every minute I was there. I was warned at the academy that inmates do time 24/7, officers do time in 8-hour chunks (16-hour if you do a double shift, but by that time you’re so light-headed you don’t know what time it is anyway). Correctional officers have a very high incident of alcohol and tobacco abuse, and a high rate of divorce.

Don’t get me wrong, my minimum-security women’s facility was no Sing-Sing. The inmates weren’t dangerous, at worst they were annoying. A lot of them were just plain odd. A few could have passed for men (and they spooked me just a tad), but most of them were petty thieves and check-bouncers -- although we did have one gal who tried to kill her husband (twice) and one who set her children on fire.

I think what gets to most correctional officers is 1.) long-term confinement with a large population of maladjusted people combined with 2.) the adversarial (and sometimes downright hostile) treatment of officers by the Department of Corrections. If you want to compare it to retail, you could say that not only are your “customers” from hell, but your boss is old Mr. Scratch, himself.

I liked my fellow officers very much, and as a writer I was fascinated with the inmates. If my current employer, a big-chain bookstore, goes out of business, I might consider working for the D.O.C. again. But I couldn’t do it for more than a couple of years. In order to illustrate why, let me tell you about one of the things that happened at that minimum-security facility. The incident itself will seem like a minor thing until I tell you why it spooked me.

Occasionally, inmates were punished for rule violations by having some of their privileges suspended. We had one gal who racked up a lot of those violations, an 18-year old who had given birth to 3 children by the time she went to prison. Suffice to say she did not have a lot of self-control. At one point she was confined to quarters for a week. This was a big problem for her, partly because she couldn’t socialize with her friends, but mostly because no smoking was permitted inside the rooms, and she dearly loved her cigs.

The no-smoking rule wasn’t just a matter of discipline. Those rooms were old, wood-frame construction, as dry as kindling. If one of them started on fire, there was a good chance the flames would spread rapidly. The rooms were arranged in a giant circle, we’re talking Ring of Fire, folks.

So this gal was confined, and it drove her nuts. She stood in the doorway of her room, hoping her friends would happen by (even though they weren’t supposed to be on that side of the yard) and sneaking cigarettes. I could have forgiven her for that, but when she saw me walking my rounds, she flicked her burning cigarette into the trashcan next to her bunk, which was right up against the wall of the room, next to the door.

First I foolishly tried to explain to her why she shouldn’t do that. But she refused to admit the incident had even happened, so I quickly abandoned that tactic and corralled the Alpha inmate for that room, a Latina who had been trying to recruit other inmates into a gang (without much luck). I told her what I had seen.

“Chances are,” I said, “The butt will go out and nothing will happen. But cigarette butts in ashcans have been known to smolder for hours and then burst into flames in the middle of the night. If that happens, you and your roomies will be trapped in a burning room, and that little fire extinguisher at the end of the row is the only thing they’ll have to fight the fire with.”

She got the idea fast. I told her to tell the other gal to smoke in the bathroom if she was going to sneak cigs and throw the butts in the toilet. She agreed that was a good idea. But afterward, I couldn’t help wondering – even if I had warded off disaster that particular day, could I be sure it wouldn’t happen again? Or even that someone wouldn’t set the joint ablaze on purpose? So I asked the Lieutenant on duty what our fire escape plan was. He told me that in the event of a fire, inmates and officers were all supposed to gather at the center of the facility and wait for the fire department to put the fire out.

Remember, this facility was built in a circle. Also remember, it’s old, and very, very dry.

This is why I switched to my current job, ten years ago. Every time I think I’m having a bad day there, I think about what could have happened at that old motel that was turned into a prison. My very worst day at my current job is better than my very best day as a correctional officer.

But yes, if I had to, I could work that job again. I’m a lot tougher than I look. Probably a lot crazier too. If I ever work at a D.O.C. again, one of the first things I’ll do is find out what the fire-escape plan is.

Then I’ll pray like hell I never have to use it.
Posted by Emily Devenport at 11:33 AM

Email ThisBlogThis!Share to TwitterShare to FacebookShare to Pinterest
Labels: Department Of Corrections