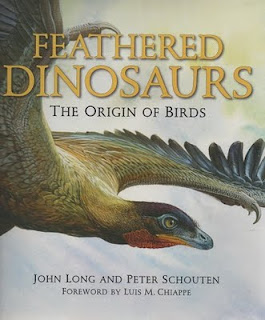 When I was studying Historical Geology, I was surprised to find out just how much biology and evolutionary science I was expected to learn, because of the fossils that are present in some sedimentary rocks. It wasn't that I objected to those subjects, or that I found them uninteresting; it's just that I was focused on rocks, and that was pretty much the only thing I wanted to study. 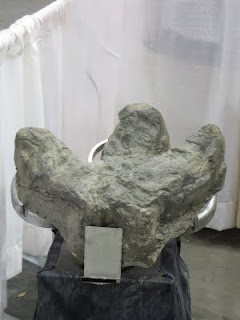 Once I learned more about stratigraphy, I recognized the necessity of developing at least a rough understanding of how and why life forms change over time. Geology isn't just about the chemical composition of rocks and the processes by which they form. It can also tell us what the climate was like when a particular rock formed, where the land masses were, how far oceans advanced onto the continents, and what life forms were present.

Besides, fossils ARE minerals. And recognizing fossils that are present in a layer of rock can help you assign a relative date to that layer. So basically, whether or not I wanted to learn anything about biology in my geology class, I was stuck with it. And it wasn't good enough to just be able to say, “Okay, that's a T-Rex footprint – Cretaceous Period – badda-bing, badda boom.” Nope, I had to be able to Identify structures in the fossils and figure out what they were for. 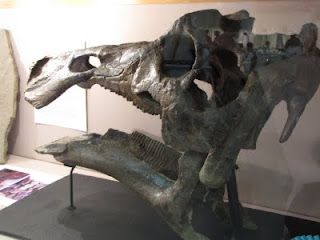 It was a pain in the butt, but it was worth it. I didn't get to be an expert, but I did develop an appreciation for the study of fossils, as well as a healthy curiosity about the creatures who used to walk (or swim, or crawl, or fly, or ooze) on the Earth. Near the end of the semester, I also developed something else: a new perspective on dinosaurs. And I couldn't have done it without the internet.

I'm not claiming that the internet is always the best source of information. It can be a misinformation superhighway a lot of the time. But despite the perils, I found it useful when I was working on an assignment near the end of the semester. We had been handed three worksheets comparing ancient life forms with more advanced life forms. For instance, one paper compared ancient fish with amphibians. The next compared amphibians with reptiles. They were challenging, but it wasn't until I was working on the one that compared the dinosaurs to birds that I was driven to the internet for more information.

My assignment included questions about a dinosaur called a Troodon. I decided it would be helpful to see a picture of what scientists thought a Troodon looked like (the picture on my handout was of a skeleton), so I googled it. And that's when I stumbled across a reference to a book: Feathered Dinosaurs: The Origin Of Birds, by John Long and Peter Schouten.

The reference was a picture from the book, featured on Stephen Bodio's blog. It was an artist's rendition of a feathered dinosaur tending to her newly hatched “chick.” I liked it so much, I printed it out. It currently resides on one of my kitchen cupboards, where I can look at it every day. Each time I look at it, I can see the bird in the dinosaur and the dinosaur in the bird. As I sat looking at this picture on my computer screen, the idea that birds evolved from dinosaurs finally became more than an abstract concept to me. So I had to buy the book. 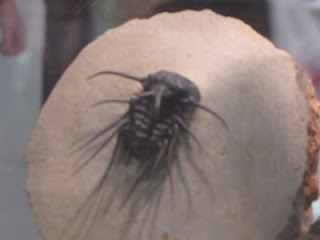 I keep it where I can thumb through it from time to time. It's like an AUDUBON collection, except the feathered creatures inside have teeth. My only objection to it is that sometimes the paintings are centered so that the binding splits them in two. This will probably be less of a problem once the binding gets a little looser with wear.

Feathered Dinosaurs contains some interesting information, but it's not a textbook – it's designed to inspire. If you love dinosaurs (or birds), check it out. 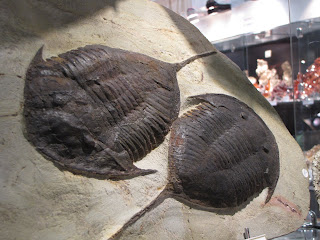 Posted by Emily Devenport at 9:38 PM