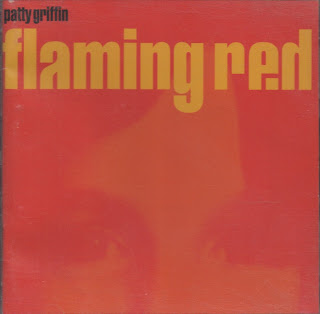 I've blogged several times about the years I worked at Borders, and from the tone of those blogs you might get the impression that I experienced nothing but frustration, thanks to the blind executive class that ran that business and the shoplifters and problem customers that plagued it. But in fact, there were many wonderful aspects to working for Borders. Most of the people I worked with were wonderful, and I still keep in touch with some of them. Most of the customers who came into the store loved books and/or music, and I had a lot of gratifying encounters with people. And because I was at the receiving end of a distribution chain for new books and music, I was introduced to the work of a lot of writers and artists. Patty Griffin is one of those artists.

If you want to categorize Patty Griffin, you could call her a singer/songwriter. You might call her a country singer, or a folk/rock singer. We shelved her in the pop/rock section, probably because her break-out album, Flaming Red, has a lot of driving beats and pop-style lyrics. But if you listen more closely to those lyrics, they are mostly bittersweet, contrasting with the happy rhythms that carry them. 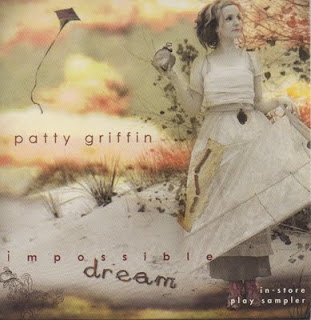 I'm very lucky to own the in-store-play version of Impossible Dream, which has six extra tracks, several of them live. I love all of Patty Griffin's albums because of her passion and her virtuosity, but most of all because of her storytelling skills. Listening to one of her albums is like sitting down in your favorite chair with a really good short story collection, one that you like to read over and over. Sometimes the simple ones like "Kite" and "Mother of God" are the ones that grab you the most, but then others like, "Long Ride Home" (from 1000 Kisses) and "Useless Desires" (from Impossible Dream) come back to haunt you.

"Useless Desires" provided the catalyst that inspired me to write my novel, Spirits Of Glory. I had been hashing over a series of compelling images and ideas from a dream I had, about a world whose human inhabitants experienced fractured time and whimsical (and sometimes dangerous) gods; and whose neighbors were an enigmatic race who hated to answer the simple question: “Why?” I was listening to Impossible Dream while I mulled things over and puttered around my garden. And then I head these lines:

“Goodbye to all the window panes shining in the sun

Goodbye, goodbye to everyone”

Goodbye, goodbye to everyone . . .

As I was writing the book, I often listened to this album, trying to capture the feeling of heartache that haunted my heroine, Hawkeye, as she journeyed along a shattered highway, trying to find out what happened to all those people who disappeared. Heartache is Patty Griffin's forte, though she often wraps it up in music so catchy, you don't realize your heart is being broken until it's too late. We're talkin' finger snappin' heartache – the sort country singers have mined for decades.

I'm a classical fan, and that's what I usually pursue. If I hadn't worked for Borders, I probably never would have heard one of Patty Griffin's albums. CDs were eventually discontinued at most of the Borders outlets, so even if they hadn't gone bankrupt and I hadn't been downsized, that part of my experience with them was over. The highway that provided the music was broken, much like the shattered highway in Spirits Of Glory.

But for a while, it led me to Patty Griffin. I'm glad it did.

Posted by Emily Devenport at 7:32 PM