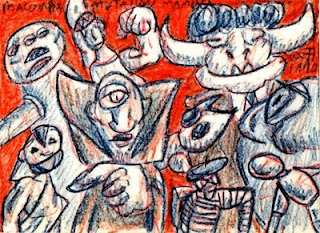 Let's get our definitions straight. By humbling, I'm not talking about the way you would feel if you received an award and you got behind a podium and said, “I am humbled by this honor.” Because, let's face it, you're the opposite.

And I'm not talking about the way you would feel if you were writing a book about a tragic event, and you did a bunch of interviews with people who survived it, and you said, “I am humbled by their strength and their courage.” Because you're actually impressed, not humbled. Maybe a little shamed, too, because you might wonder if you could rise to the challenge as well as they did.

Nope. I'm talking about the way you feel when someone pisses on you in public and the witnesses all laugh at you. Or the way you feel when you've worked really hard on something, and you're really proud of it, and someone walks by, takes a long look at it, makes a face, and says, “Meh.” (Also in public, because that's one of the main components of humiliation.) And just in case you think these humiliations will go away once you've become established, popular, and successful – forget it. You will be humbled again and again, for as long as you continue writing.

I know what you're thinking. “Sure, Devenport – crummy writers like you get humbled. I bet you get lots of bad reviews, and no one comes to your signings, editors give you the razz, and your own agent probably doesn't even return your phone calls. But I'm talented! I'm [fill in the names of several writers you admire] all rolled into one! Sure, I may get an occasional bad review from a jealous critic, but 99.99% of readers will know talent when they see it. These people are hungry for good books. In fact, they're starving. I know I'm better than most of the bozos on the best-seller list. If people like that mediocre stuff, wait 'till they get a load of the real deal!”

Okay, maybe you would word it a little differently (you are such a backseat driver), but you know you're thinkin' it. And that's the main reason you will be humbled. It's not because of bad reviews by jealous critics. Critics aren't jealous, they're arrogant (a human foible shared by writers). It's not even because sales will often fall short of expectations (make that drastically short) – that's just disappointing and discouraging. Depressing, too. 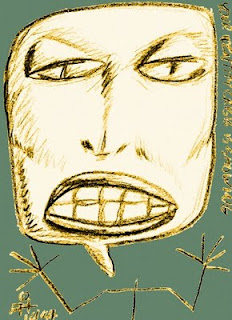 The main reason why being a writer is such a humbling experience is that your expectations rarely match up with reality, even when you should know better, even when you've been at this for decades and have had your share of ups & downs. Because writing books takes more self-confidence than most people will ever have, and that's only a half-good thing. It's that arrogance I mentioned earlier. You need it so you'll take risks and believe in your work. You need an obsessive-compulsive condition too, an attribute that will goad you into writing more books, long after your common sense has warned you that writing is a crummy way to make a living. 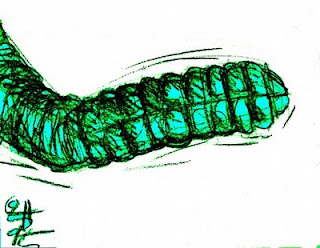 There are a thousand insults and disappointments you will suffer as a writer. This is regardless of your critical and/or financial success. Remember what you just said about those bestsellers you can write better than? (Okay, I said it, but you were thinking it.) Log onto any book site featuring Stephen King, Dean Koontz, Stephanie Meyer, or any other popular writer you can think of, and you will find negative reviews tarnishing all the good ones. Every writer who has ever lived has critics who will pick apart their work. Sure, financial success probably mitigates a lot of that disappointment, but only about the top 5% of writers enjoy real financial success. The rest of us have to take the insults and the injuries. We live, breathe, and dream a book for several months (or years), and then watch it turn into McBook – just one more hamburger out there on the market being perused by consumers who are always at least a little disdainful, and jaded, and ready to dismiss us just as soon as the next thing catches their eye.

All writers, obscure or popular, well paid or broke, share an essential disappointment, a realization that ultimately our work is just smoke and mirrors, an illusion we've tinkered together, a collection of ghosts who can't stand up to the daylight. It doesn't matter what anyone says or thinks about our work now, because eventually no one will say or think anything about it at all. It's like that poem by Shelley about Ozymandius, “Look upon my works, ye Mighty, and despair!” Nothing is left of those works but a pedestal.

This fact does not sit well with the grandiose fragment of the writer's personality that drives us to write in the first place, so we feel humbled. Add that to all the other slights and disappointments we suffer as writers, and that humility really starts to pile up.

And that's not a bad thing. I would venture to say it's good for you. But you have to be tough to withstand it. So grow a thick skin.

You're going to need it.

Posted by Emily Devenport at 6:42 PM