High Hopes for the End of the World 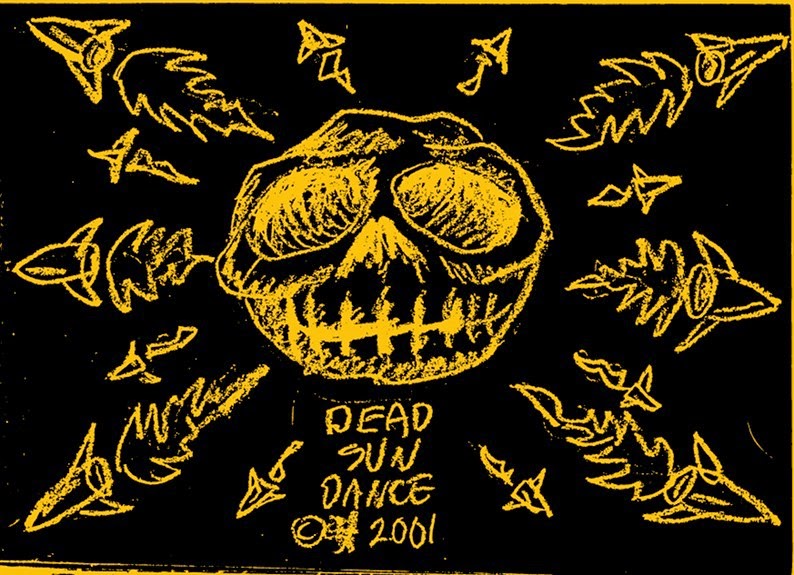 How would you prefer the world to end? That was a question that would have struck me as odd a few years ago, before I realized there was a sub-genre in science fiction called Post Apocalypse.

I knew there was a sub-genre in horror – zombie novels – and they also qualify as Post Apocalypse. I figured zombie stories entertained people because they liked the idea of being able to kill droves of enemies without feeling guilty about it. After all, those enemies are already dead. Plus they want to eat you. If that AMC show, The Walking Dead, is any indication, those zombies can be quite a nuisance in large groups, so I agree it's wise to shoot as many of them in the head as you can, just to be safe. 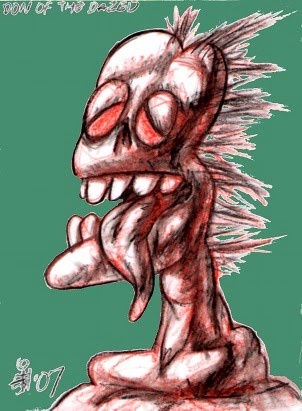 But zombies alone can't hold our attention for very long. In large doses, you just get sick of them – you want the heroes to blow them up already, and get on with the real story. And what is the real story? It's about how things come unraveled.

The why of it isn't as important. We can all think of reasons for everything to go to Hell in a hand basket. We've been watching that happen throughout recorded history. There's a plague, a world war, a Kristallnacht. Afterward, the experts have plenty to say about what went wrong and why it all happened. But the people who survived are much more interesting, because they tell us the details of how it happened: the food supply was interrupted, the currency collapsed, water stopped coming out of taps, no fuel was available for cars, trains, and buses – a thousand details about the things we take for granted until they're not working anymore. 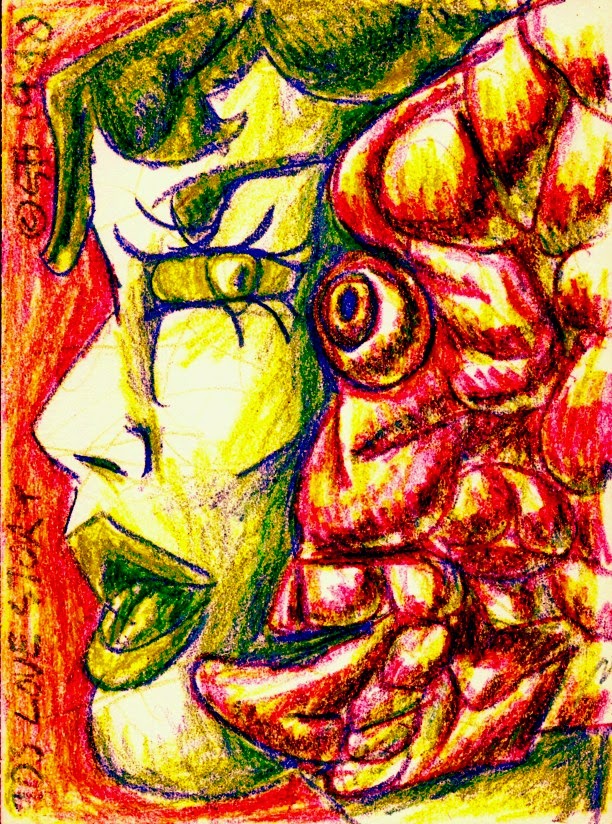 It's not that we're indifferent. The world comes to an end in all sorts of smaller ways, for all of us, all the time. It's tempting to point a finger at society in general and say What a bunch of clueless, spoiled fools we are! We deserve to be overrun by zombies. But we don't deserve it. We're just fascinated by it. Because finding out how things come apart teaches us how things work in the first place.

That's why Alan Weisman's book, The World Without Us, is so engrossing. He doesn't attempt to tell us why the theoretical End of the World occurs in his book, he just illustrates what happens when our infrastructure isn't being maintained on a daily basis. National Geographic's World Without Humans follows the same premise. Each episode shows us how various cities would fall apart: buildings, roads, bridges, dams, and vehicles. It proves that we don't take things for granted, because we're maintaining all this stuff every day. It shows us a big picture that we can't see on our own.

John Lennon once said, “Life is what happens while you are busy making other plans.” (At least according to facebook, but it sounds like something he could have said.) I think you could say the same thing about the Apocalypse. The anxiety that things will fall apart nibbles at us every day (especially those of us who are homeowners). But anxiety isn't the only thing we feel when we contemplate the End Of All We Know. There's some anticipation in there too. When old worlds die, new ones are born. Creation and destruction are bound together. In books and movies, that principle is usually exemplified by a virus. 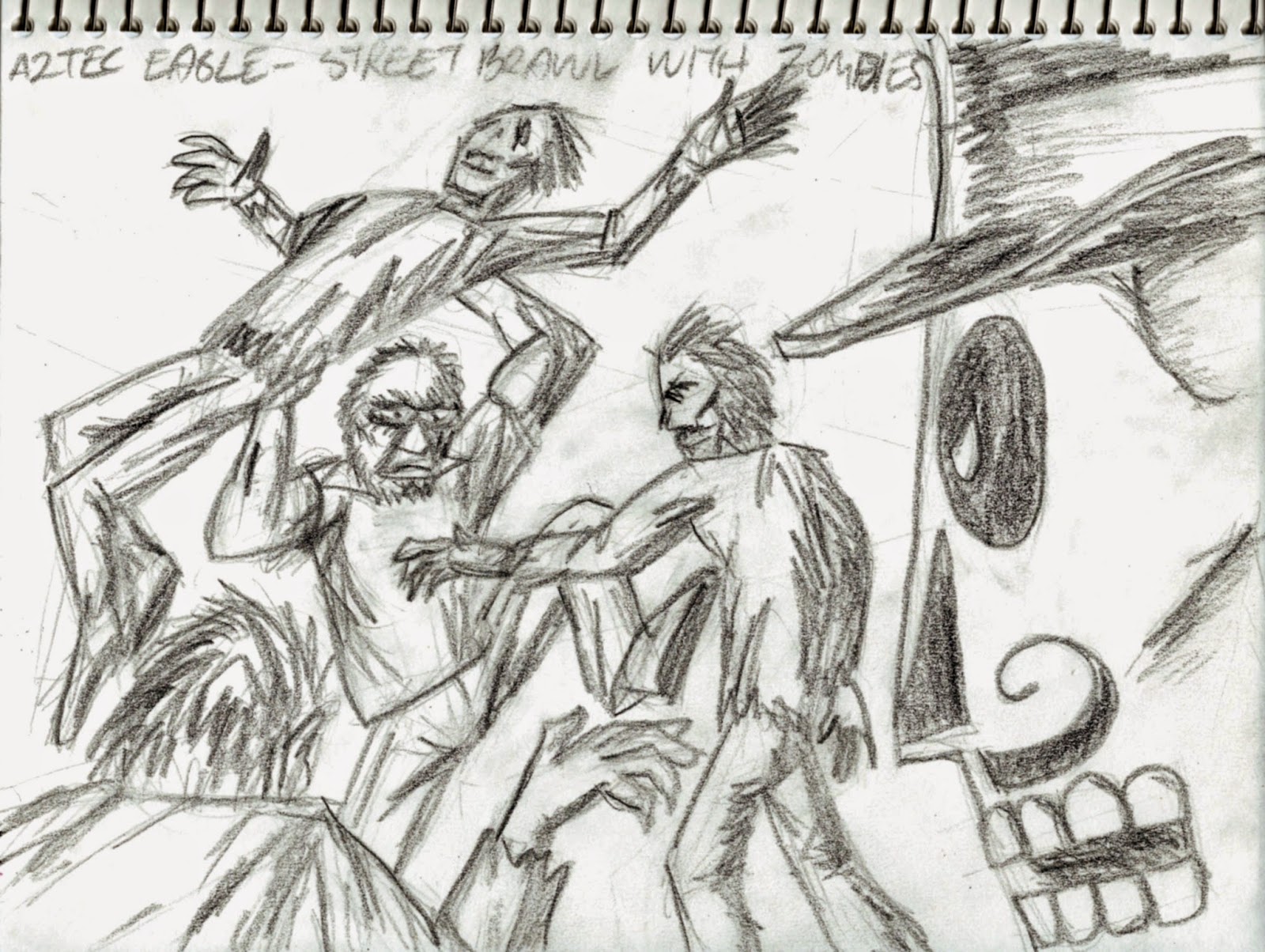 The virus is what kills people. But often that wasn't its original intention – it may have been engineered to do the opposite, to preserve life by prolonging it. That's why those dead people got up and started walking again; something is keeping them from rotting completely away. It turns out that viruses are good delivery systems for genetic information, so theoretically you could use one to tweak human DNA. Or to cure people, or make them stronger, allow them to live longer. If you're a writer, you can't help imagining how all of that could go wrong – hence the zombies and cannibalistic mutants that pervade popular culture these days. Maybe they could be seen as symbols of our hubris.

But they may be symbols of evolution, as well. Climate drives change, but so does mutation. When the dinosaur-killing asteroid struck Earth about 60 million years ago, it killed a lot of dinosaurs. Only – it didn't. The change in climate killed a lot of species, and the ones that survived evolved. Dinosaurs became birds, and early mammals diversified. Natural selection and mutation worked paw in claw to create new creatures.

In our own way, we also become new creatures when our world comes to an end. And as much as we hate and fear it, that may be part of the appeal. 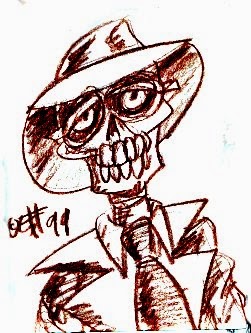 The illustrations on this post are by Ernest Hogan, whose drawings are always at least a little apocalyptic.
Posted by Emily Devenport at 4:55 PM

Email ThisBlogThis!Share to TwitterShare to FacebookShare to Pinterest
Labels: Apocalypse, The Walking Dead, The World Without Us, World Without Humans, Zombies