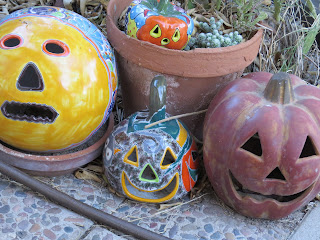 American lovers of ancient music, rejoice! Here are two events in the U.S. To check out in November:

I am delighted to announce that my lyre music is literally 'taking over the USA'! In November 2017, there are two monolithically massive events coming up for all you lovely lyre lover's diaries...

On 8th November, tracks from my ancient Greek and Roman-themed albums are to be played to 'set the stage' for an event in Seattle, gathering artists and performers to help reflect on how Americans talk about politics today, a full year after the USA's 2016 presidential election. The event will be in downtown Seattle's civic park, and there will be some vague references back to the classical democracies of Athens and Rome - all set to the soundtrack of my ancient Greek-themed lyre music!

Full details of the event can be found here2) Ancient Biblical Lyre Music - in Washington DC!

On 17th November 2017, a selection of tracks from my debut album, "King David's Lyre; Echoes of Ancient Israel" and "King David's Harp" are to be featured, in perpetuity, for the soundscapes being created for the brand new 500 million dollar Museum of the Bible, due to open in Washington DC!Just for you, my loyal lyre loving fans, here is a sneak preview of the music which will be featured in the soundscape - heard here, in an as yet unpublished YouTube video presentation I recently put together, featuring clips of the tracks which will form the new soundscape for the Museum of the Bible, currently being put together by the Richard Lewis Media Group:

In readiness for the official opening of the Museum of the Bible, currently scheduled for 17th November, this video will be made 'public' on YouTube on 12th November.

The perpetual licensing of my ancient Biblical-themed releases finally brings immortality to my musical mission of creating a 'new ancestral music' - in this case, for me personally, this is the ultimate honour in bringing back my very own ancient ancestral music back to life - all my ancient Biblical-themed albums were originally inspired by my fascination and yearning to connect directly back with my very own, very ancient Levite ancestors, who over 2000 years ago, played their Biblical lyres in the Levitical Ensemble to accompany the singing of the Levitical Choir during the actual services in the Temple of Jerusalem.

Almost 2000 years since the Biblical lyre of my Levite ancestors fell silent following the destruction of the Temple of Jerusalem by the Romans in 70 CE, my recreation of their ancient sacred musical tradition will now forever, live on...
Posted by Emily Devenport at 8:43 AM