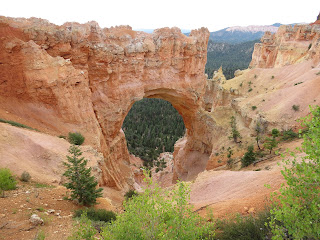 Music is the best aid for meditation I've ever found (other than canyon silence, but that's rare these days). So I'm pleased to announce that Michael Levy is releasing a new album that will ease you into the good vibes. Follow the links below!

Release of my New Compilation Album!

To all my loyal lyre music loving fans, I am delighted to announce the general release across all the major digital music stores and streaming sites, of my brand new compilation album, "Ancient Lyre Music for Meditation".

This compilation album features a selection of my most meditative tracks, which were first featured in a wide selection of my earlier releases between 2012-2017, in addition to this new track, "Etude in the Olympos Pentatonic Scale": a spontaneous improvisation in this haunting ancient Greek tuning, for my stunningly authentic custom-built Luthieros replica ancient Greek tortoise shell lyre, hand-made in modern Greece, with a perfectly preserved natural tortoise shell resonator and authentic gut strings - the nearest one can get to taking the 2,400 year old reconstructed Elgin Lyre out of its display cabinet at the British Museum...and actually playing it:https://www.youtube.com/watch?v=eDAbj0LWTYE

For full details, including a free download link to a PDF of the detailed album notes and a list of all the main purchase links of the album (feel free to share to the rest of the world!), can be found on my new webpage about the album:

http://ancientlyre.com/compilation_albums_for_solo_lyre/ancient_lyre_music_for_meditation/The tracks all feature the use of geometrically pure musical intervals in just intonation, many of which feature the subtly more calming effect of using a reference tuning pitch of A at 432 Hertz. These enigmatic melodies are perfect soundtracks for relaxation, meditation or prayer; for yoga, reiki, aromatherapy or massage; the perfect
musical antidote to living in our stressful, spiritually deprived, aesthetically deprived modern world...

Thank you all once more, for your continued and invaluable support in my ongoing musical mission; to give back to music, its long-forgotten, ancient soul.
Posted by Emily Devenport at 6:39 AM