Rufus and Michael, the Opera 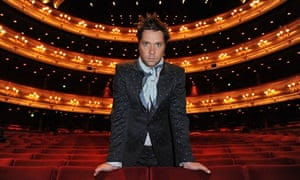 This is an announcement from Michael Levy concerning his music of the ancient harp.  Check it out!

I am pleased to announce, that the Canadian Grammy Award winning composer, Rufus Wainwright, will be arranging one of my ancient-themed lyre compositions, "Hymn to Zeus", in two scenes of his ancient Roman-themed second opera, "Hadrian" - produced by the Canadian Opera Company and due to premiere in Toronto on 13th October!
Posted by Emily Devenport at 10:19 AM