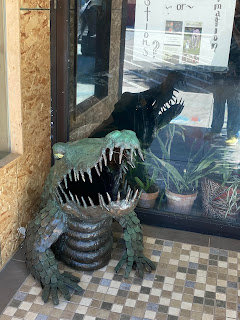 I sent Michael a link to the first two installments about our road trip odyssey, and he sent back this report:

“I’m heading out tomorrow for the northwest again and will cover much of the same real estate the three of us traversed on the way out to Issaquah [WA], where Joah and I will be staying during next week’s event near Seattle. 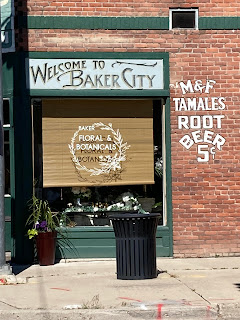 “The trips have become near and dear to me, and my mind busies itself in anticipation of the ongoing adventure and where it next leads. Be sure to point out that while our travels are itinerary possessed, they are heavily influenced by roadside attractions both of natural wonder and of man-made curiosities. The only real place we are supposed to be at any given moment is where we are in that moment. I like to think of us not so much as “easily distracted” (which, to be truthful, surely we are) but, thankfully, as easily entertained.” 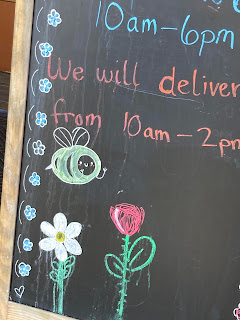 Ernie just posted his second report about how easily entertained we are (he’s much more concise than I am), and his account has inspired me to add my Part 3. It started with coffee and a mishap. 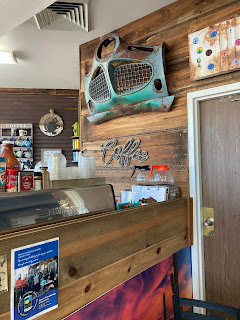 Michael always drives on these trips. He’s the one who knows those roads the best, and besides, it’s his car. This suits me fine, because it gives me a chance to send my impromptu photos to relatives and to friends on Facebook and Twitter. I document the trip as we go along, and it has the added incentive of taking the place of a boring slide presentation that no one wants to watch. If I can regale people with my witty observations as we go along, they’re less likely to get sick of me and tune me out (or so the theory goes). The ideal place for me to work these shenanigans is in the front-passenger seat. But that’s not fair to Ernie, who would be relegated to the back seat for the entire trip. I value my relationship with him, so we take turns: one day Em is up front, the next day Ernie. On this day, Ernie was in back, which worked out fine until we got coffees to go. We were stopping so much to look at wacky stuff and take pictures, Ernie accidentally knocked over a full 16-oz cup when he got back in the car. 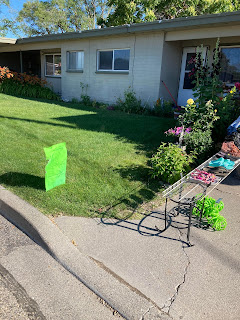 Can a car un-christened by coffee truly be called a Road Trip Chariot? We voted no. But the mess had still to be properly dealt with (Ernie felt quite cheated, by the way). We solved one of those problems when Michael spotted a yard sale, and lo, the ladies had paper towels. We floundered several moments when our Spanish-speaking rescuers misunderstood what Michael was trying to buy from them, paper towels rather than pan dulce. We ended up buying both, and finally, somewhat tidier, we resumed our adventure. 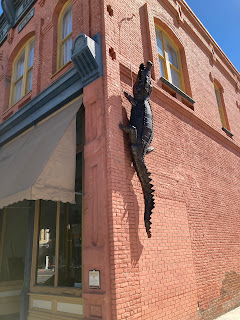 Baker City is populated by a host of sentry animals who must surely protect the shops from evil-doers. Who would shop-lift a shirt if they might get eaten by a crocodile? Or chased down the street by a tortoise? 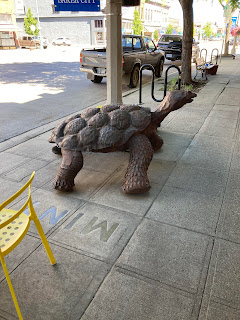 Plenty of creatures protect the sidewalks, too. But they seem a lot friendlier. 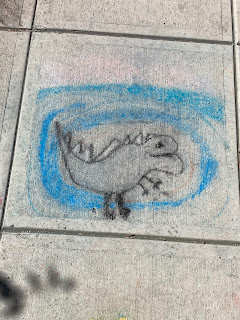 When we’re not visiting natural areas for hiking and sightseeing, we love to poke around in thrift shops, antique stores, and any other shop that catches our fancy. I especially like to look for used clothing. This place in La Grande turned out to be just my kinda thing. 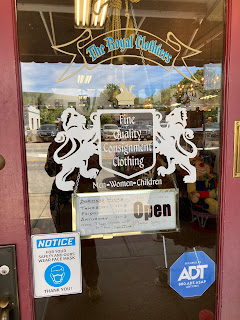 This time around we spent a lot of time in ice cream parlors. 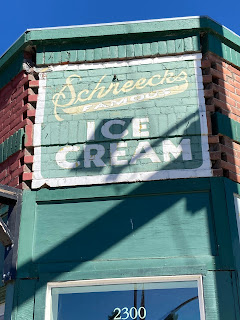 Window shopping is also fun. I could do a whole blog just about posters. 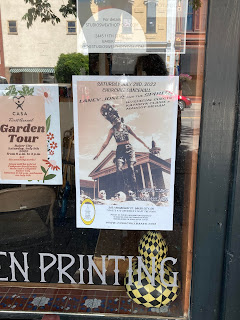 And any tableau that includes a jack o' lantern is at the top of my list. 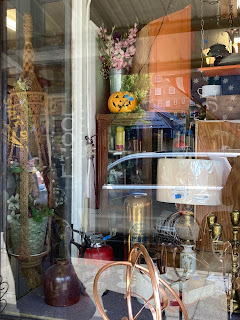 We found a music shop that had a table piano. I had seen pictures of these square instruments but had never seen one in person. The shopkeeper told us people could use the piano as a supper table. Conceivably someone at the table could provide dinner music. It wasn’t in good tune, but maybe that wouldn’t matter to the right collector. (It would matter to me.) 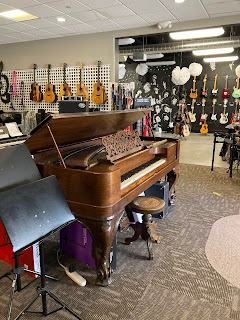 For the record, some places sell coffee, ice cream, AND sandwiches. Such places also have sharks with feet and pink bows. Now you know what to look for. 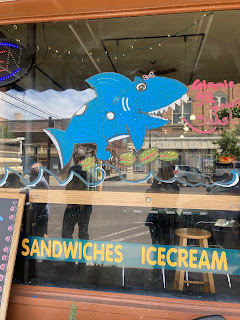 By the time we got to Yakima, a new thing presented itself to our astonished eyes – Fruit/Antique stores. This was a thing? 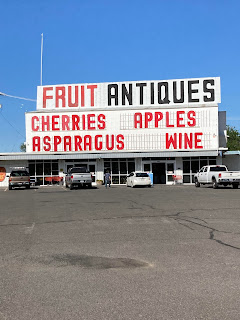 Sure enough, once inside we found both fruit and antiques, but no antique fruit. 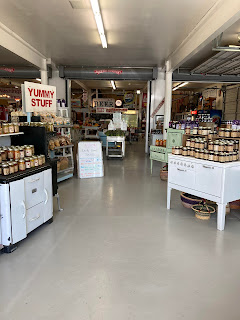 This business model makes sense to me. Diversifying your goods makes it easier to sell more stuff. That was true at the bookstore where I used to work (at the Heard Museum) and it’s true at my current job (Barnes & Noble, where we also sell toys and coffee). 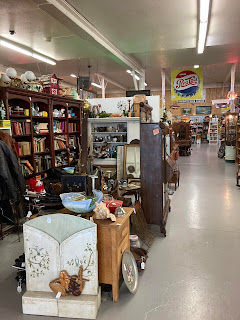 I love antique stores, probably a lot more than I love fruit stores, but I’ve bought stuff in both sorts of places. And lord knows I’ve bought plenty of coffee drinks, which they also sold here. 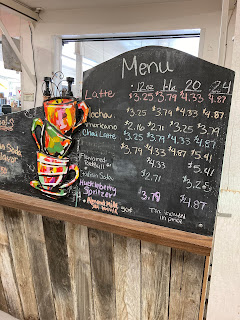 We had some gorgeous scenery to drive through, including Snoqualmie Pass, still topped with snow in the heart of summer. I tried in vain to take good pictures from the moving car, especially the many tiny waterfalls that cascaded down the side of the mountains, but it could not be done, at least by me and my humble phone camera. 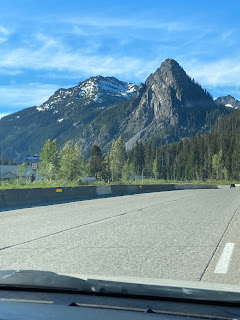 We checked into a hotel in Issaquah, Washington, for the night. Michael wanted me to book our passage on the ferry in the morning, across the sound from Seattle to Bainbridge. This filled me with trepidation. For what time should I book our passage? What if we were late? But it turned out you don’t have to reserve a particular time. The ferries come and go regularly, and you just buy your ticket and get on. The website was a little glitchy, but I got it done.

To be continued . . . (okay, it actually worked out, but there were minor complications. What’s a trip without complications?) 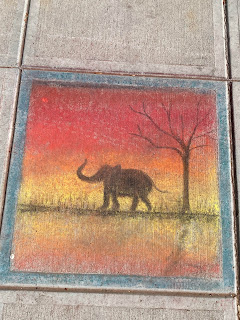 Posted by Emily Devenport at 8:40 PM