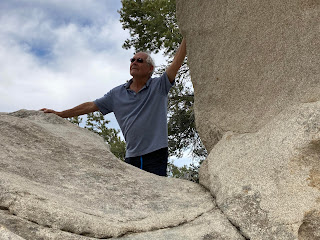 My brother Michael spends a lot of time on the road every year, driving to every corner of the contiguous United States. He’s been doing that for forty years, driving to art fairs to sell his drums or buying wood to make them. He lives in Flagstaff, AZ, but also in Las Vegas, NV, so he’s often traveling between his two homes. And then there are these road trips he takes with us. 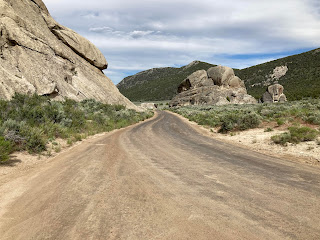 We’ve got the division of labor down. Michael drives, I post our trip photos online and email them to family in as much real time as I can, and Ernie googles stuff, like hotel locations, restaurants, and coffee joints. We are the Wrecking Crew of road trips. 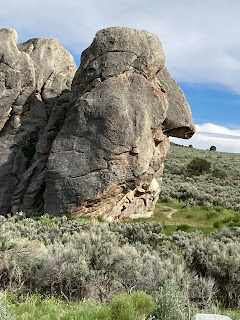 The third morning of our trip, we located coffee the old-fashioned way, finding a Dutch Bros by the side of the highway. We knew we would need the morning jolt – we had ambitions. We needed to take the 40 into a complicated tangle of highways around Salt Lake City and manage to hook up with the 84 without going through the city. Michael handled that like a pro, but we were headed somewhere none of us had been before, Castle Rocks State Park and City of Rocks National Reserve in Idaho. It took a combination of googling and eyeballing the Idaho Road Atlas I had brought along (I brought five atlases on this trip and would have brought eight if I owned the ones for Washington, Oregon, and Nevada). 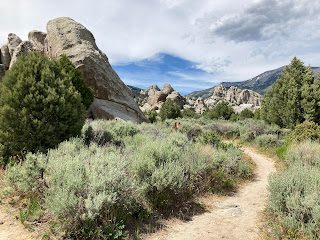 We figured it out, making our way first to Castle Rocks. The park didn’t look that impressive from the parking area, but we figured we should at least venture a short way in. We could snap a few pictures and then head off to City of Rocks, but soon we realized we had found someplace special. We hiked around one massive sprawl of granite, then over and around the other side of it. We had been so sure we were just going to take a quick peek, we had left our water in the car. But it was worth it. We guzzled water as we drove farther down the road to City of Rocks. 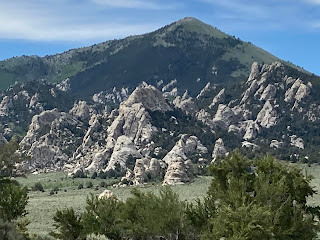 That place takes a bit longer to impress you, mostly because it’s so big. You have to drive farther into it before the scale begins to make an impression. We took a lot of roadside pictures, but we didn’t see the best part of the Reserve until we got out to hike up to Window Rock (not to be confused with the one in Arizona). 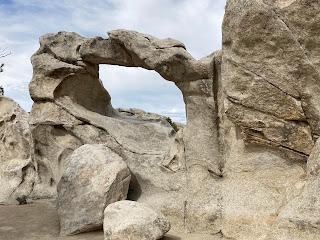 That trail led us into an amphitheater of giants. It was one of the grandest, most beautiful places I’ve ever seen. 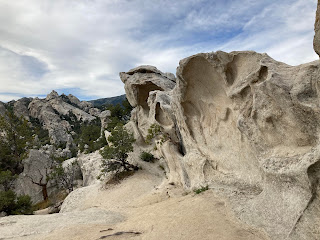 We felt a little bewildered about how to get out of the park again, but Michael felt pretty sure if we just kept driving on the main dirt track, it would lead us back to one of the paved arteries that eventually end at I-84. He was right about that. It took a long time to get there, but the drive was worth it. 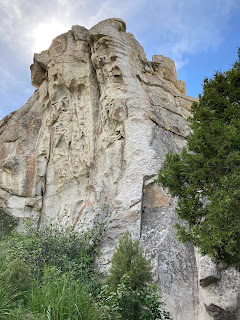 We had driven and hiked so long, the sun was down by the time we got onto 84 and headed west toward Ontario, Oregon. I was delighted to discover that I-84 got good reception for my phone, and I was able to post and email photos of our day’s adventures. This struck me as the height of civilization. The next day we would be hitting thrift stores, spilling coffee, and discovering antique stores that were also fruit stands. We were barely getting started. 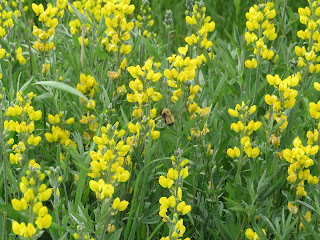 Posted by Emily Devenport at 4:52 PM