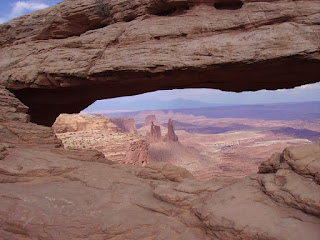 When the British composer Ralph Vaughan Williams wrote his 3rd Symphony, the Pastoral, it was during World War I, and he was driving an ambulance, transporting wounded troops in France. France and England are as different as they can be from the Arizona desert, yet when I listen to R.V.W.’s 3rd symphony, I see beautiful, lonely landscapes in Arizona.

When I drive the highways that skirt Vermilion Cliffs and the Grand Staircase in Utah and Arizona, I hear R.V.W.’s Concerto For Two Pianos. The Grand Canyon reminds me of his 5th Symphony, which he wrote during World War II. His 7th Symphony, the Sinfonia Antartica, is based on his score for the film Scott of the Antarctic, but it evokes Mars as much as it does Antarctica, and both Arizona and Utah can seem very Martian in places, especially if you’ve ever seen photos of our sister planet.

You can assume that I see Arizona when I hear classical music simply because I was raised in Arizona, but I don’t think it’s that simple. Not all of R.V.W.’s music causes me to see my homeland, plenty of it evokes landscapes I’ve never seen. And the music of other composers doesn’t automatically cause me to picture Arizona landscapes either.

But it’s true that classical music tends to evoke pictures in the mind of the listener, much like the opening sequence in Disney's Fantasia demonstrates. Classical music is the sound equivalent of the virtuoso paintings and drawings of illustrators. Some of it may be abstract, even mathematical in tone, but most of it tells a deliberate story. In the case of Vaughan Williams, that story is often about some lonely, beautiful place, so the listener might be inclined to see places very different from the ones that inspired the composition.

I know for some folks, Classical music must be soothing rather than evocative, stimulating the intellect instead of the emotions. I can understand that need, I feel it myself from time to time. Other listeners want the story spelled out for them in lyrics; the music may not evoke any images at all, regardless of its intent or execution. The interesting thing about this kind of music is that the lyrics can be at odds with the lyrics; for instance, happy music combined with dark, painful lyrics.

I’ve been suckered that way many times, and though I enjoy a lot of popular music, I think this is one of the reasons I tend to prefer orchestral works. Having spent a fair amount of time warning you about my preferences, here’s a list of my favorites. I’m not presenting it because I think you ought to like it too, I just hope that if you haven’t heard it before, and you’re interested in investigating, you may be inclined to look it up and sample it.

Ralph Vaughan Williams: my favorites are his 2nd, 3rd, 5th, 7th, and 9th Symphonies. I’m also fond of his Oboe Concerto, his Fantasia on a theme of Thomas Tallis, his Concerto For Two Pianos, and (my absolute favorite) The Lark Ascending. I like most of what Vaughan Williams wrote, but that’s too long a list to feature here, so these are a good place to start.

Gustav Holst is famous for writing the Planets suite, and it’s a hum-dinger, but my favorite pieces by Holst are The Perfect Fool and Egdon Heath. His Saint Paul suite is also marvelous.

I know everybody tends to rave about Claude Debussy, but his most famous works are not my favorites. It’s okay with me if I never hear La Mer or Afternoon of a Faun again. I’d rather hear The Sunken Cathedral, L'isle Joyeuse, and Nocturnes With Female Chorus.

Anatoli Liadov is a little-known gem – you may have trouble tracking down his albums online. If you can find one with his folk song suite, Baba Yaga, and The Enchanted Lake, buy it now!

Aaron Copland is the American standard, and if you haven’t heard Appalachian Spring, or Fanfare For The Common Man, definitely try them. But my favorites are Quiet City, Concerto for Clarinet, Music for Theater, and Music for Movies.

Alan Hovhaness is another great American composer, but he’s as different from Copland as he can possibly be. He’s a mystical soul. Try Mysterious Mountain to begin with, and if you like it, sample some of his compositions for harp.

Rachmaninoff is famous for his piano concertos, and rightly so, but I love his Suites For Two Pianos. The double-piano version of his Symphonic Dances is also magnificent. If you can get the RCA LIVING STEREO recording of Rubinstein performing Rhapsody on a theme of Paganini, that one is the absolute best.

Prokofiev is best known for his ballets, but I love his 1st and 3rd piano concertos. His movie music is also wonderful; try Alexander Nevsky and Ivan the Terrible.

Respighi is a favorite for classical music lovers, especially his Pines of Rome and Fountains of Rome. My two favorite recordings of this are the GREAT PERFORMANCES (RCA) album with Eugene Ormandy conducting and the LIVING STEREO album with Fritz Reiner conducting. Try The Birds as well, and Three Botticelli Pictures.

Probably everyone has heard Bernard Herrmann’s score for Psycho – it has pretty much ruined showers for a whole generation. I love his brilliant score for The Day The Earth Stood Still – it will always personify the other-worldly for me. Another must-have score is Fahrenheit 451, and don’t believe conductors who say they did a better job performing and recording it than Herrmann did. No one did a better job. Get his original soundtrack recordings if you can, in whatever format.

That’s my two cents about ten composers. Some of you will agree and some will disagree, but I hope you saw something on this list you’ve never heard, and I hope you’ll feel inspired to check it out.
Posted by Emily Devenport at 9:38 AM