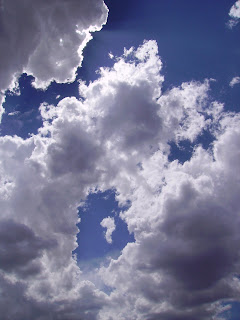 As a writer, one of the toughest questions I have to answer is, “Why didn’t you write a sequel to . . . ?” It’s not that I don’t have an answer, it’s just that no one believes me – at least, no one who isn’t in the same biz. The short answer is, “I didn’t write that sequel because my publisher made it clear they wouldn’t buy it.” And why wouldn’t they buy it? They say it’s because the previous books didn’t earn enough money. But this is where the answer gets complicated, because usually, what they’re saying isn’t true.

Understand, most of us earn peanuts for our books, anywhere from $4000 to $9000 advance against royalties. Those royalties are usually 8% of gross sales for a mass-market paperback, maybe around $.35 per book. The publisher rarely prints more than 20,000 copies of a book, so you don’t actually have much chance of earning back the advance, and they don’t have much incentive to go back to print. The mid-list books exist to be the french fries of the book industry (you want fries with that?), the product that didn’t cost the publisher very much and the one they actually earn the best margin on. You’d think that would get them to work harder to promote and re-print that product, but that’s where things get psychological. If they start doing that, they don’t have a mid-list book on their hands anymore, they’ve got a potential bestseller. A writer whose book falls into that category can demand better royalties. Get it?

Every mid-list writer is hoping to write the break-out book, the one that will bust them into the bestseller category. But the way the book business is structured, this is almost impossible, and it’s not just the fault of publishers – not by a long shot. Book chains create extremely tough circumstances for publishers, not the least of which is the “strip” system. When they need to generate income to purchase new product, they’ll go through their paperbacks, strip off the covers, and mail them back for credit – regardless of how well those books are selling! The publisher (and especially the writer) just lost that income and that leaves fewer copies available to allow the writer to “earn out.”

Lots of other writers have written extensively about this situation, I suppose I’m not adding anything new to the argument, not even when I say that this old way of doing things is crashing and burning. As my pal, writer Rick Cook says, they’ve been trying to finance an expensive distribution system all these years, and now they can’t do it anymore. The internet and the e-book is going to shatter their business model, especially since they absolutely refuse to do the new thinking that would allow them to flourish. And that’s a great opportunity for writers.


But it’s also a big challenge. One thing publishers have going for them is professional editors. These people help writers polish their work. When we’ve worked on a book for the better part of a year, we lose our objectivity about it. There are problems we can’t see anymore. If professional editors are smart, they’ll start contracting with writers, maybe even lure us into partnerships. An editor who manages a book website and pays good writers 70% of the profit from sales could transform the book biz.

I’ve already got a professional editor I work with: Elinor Mavor, who edited AMAZING STORIES in the early 80s. For the time being, I’m going to manage my own fiction website. I’m so used to not getting rich, all I care about is that it shouldn’t cost me too much money. I’m not afraid to venture into new territory – I do that every time I write a book!

So which books do people ask me about the most? There are three of them. First, a sequel to my Emily Devenport titles, Shade and Larissa. I had both a sequel planned (called Knossos) and a prequel (Stripe).

Second, a sequel to my Maggy Thomas title, Broken Time. This is the title that earned the most critical acclaim, and readers on amazon.com have begged for a sequel. I hadn’t considered the idea until I got so much positive feedback, so I sketched out an idea that I thought I would call The Abyss Looks Back. If I had successfully pitched it to my publisher, they probably would have demanded that I change the title. Now I’ll have to rely on Ellie and my husband Ernie to tell me if my title is dopey.

Last, readers have expressed an interest in a sequel to my Lee Hogan titles, Belarus and Enemies. I could actually envision several books in that series, I’m afraid that universe is too big for just one more book. But the book that’s clearest in my mind is not a sequel, though it’s set in the same universe. It’s set on Tally Korsakova’s engineered world, Canopus, and I wanted to call it Harpy. Of all the possible books I’ve just mentioned, Harpy is closest to my heart. For sure, I’m going to write that one. I hope one day you can read it, too.
Posted by Emily Devenport at 10:39 AM