And While We're On The Subject 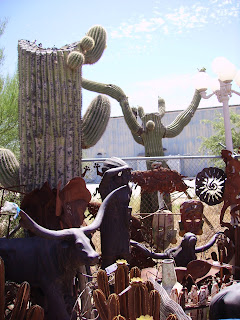 Here’s another awkward question people ask me: "Why did you change pen names so often?" And once again, I get a lot of blank stares when I give the honest answer: Because my publisher wanted me to. And not because they were trying to fool readers – at least, not at first.

The first time I changed my pen name, from Emily Devenport to Maggy Thomas, my publisher was trying to fool the book store chains. They had gotten into the habit of only ordering as many copies of a writer’s new title as they recently ordered of the last book. Think about this for a moment – we’re not talking about total sales for the last book. We’re talking about the order information for the last few months. So even if they sold 12 copies of your last title, if they only ordered 1 or 2 copies in the last few months before the new title was released, they would only order a couple of copies of the new one. Not only did that give you no opportunity to grow your audience, it actually caused your sales figures to shrink.

So it was time to become Maggy Thomas and write the book that readers liked the best, the one that got nominated for the Philip K. Dick award, Broken Time. Only my publisher didn’t do anything else to boost that book other than having me change my name. They didn’t make it a lead title or publish it in hardback, it was just another obscure mass-market paperback release for that year. So when it came time to sell the next proposal (for Belarus), my editor had to hustle to keep me on board with the company, and this time her reasoning was simple. She thought I could gain more readers if my name was "gender obscure," meaning that it could be a man’s name or a woman’s. That’s how I became Lee Hogan. So that time around, they were trying to fool the reader.

And that strategy worked fairly well. If the economy hadn’t started to slide the year Enemies was released, I might still be doing Lee Hogan titles. Instead, I and a bunch of other midlist writers got "remaindered" a few months after the 911 tragedy, which means the remaining stock for our titles was sold at a discount, reducing their value and screwing up our sales figures.

It’s not the saddest story out there – I actually managed to get 9 titles published and get my professional credentials, and I worked with great editors. I learned how to write novels, and no one committed suicide. But I have to say, having three pen names has been a pain in the neck. I made fans with all three names, and trying to direct them all to my new stuff could be a real challenge. Just trying to set up Facebook pages for each pen name makes my head spin – as of this writing, I’ve only done it for Emily Hogan and Emily Devenport, because I need a different e-mail for each pen name. I suspect the same is true for MySpace and LinkedIn, and I’m not sure it’s even necessary. I’m hoping I’ll only need two fiction websites, one for my adult fiction and one for my YA, because I’m pretty sure my head is going to explode if I have to remember even one more password.

I’d like to tell you I’d never get another pen name, but if I sell a book to a publisher and they want me to assume yet another pen name, I’ll do it. That’s the biz, folks. Sometimes you end up with Multiple Pen Name Disorder. God help me if I run out of e-mail accounts . . .
Posted by Emily Devenport at 3:40 PM

Email ThisBlogThis!Share to TwitterShare to FacebookShare to Pinterest
Labels: publishing