Yo-Ho, Yo-Ho, The Writer's Life For Me 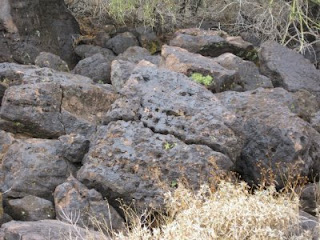 At the risk of incurring the scorn of blogmasters and literary critics, the wrath of REALLY powerful talk-show hosts, the ire of authors of legitimate biographies, and the undivided attention of CNN, I’m going to call some of these blog entries mini-memoirs.

Okay, I suspect none of the personages listed above will actually give a rat’s ass what I call my silly blog entries, or that they’ll even be aware they exist, but in the slim chance any of that happens, I figure I’d better be up front with the fact that I’m a liar. And when I’m not lying, I have a really crummy memory. And when I’m telling the truth, I’ve changed names, dates, facts, and people’s hair color to conceal their identities, not because I’m concerned for their safety or privacy, but because I don’t want to be sued out of all my worldly possessions, which currently consist of a 1050-square-foot duplex and a ten-year-old Ford POS with one broken window.

So why call biographical blog entries mini-memoirs? Why not call them stories if they’re so full of hooey? After all, many writers base stories and novels on their own lives, not to mention the lives of their friends, families, and neighbors. Everything we see and hear, everything that happens to us, is weighed and considered as possible subject matter. But you’d be surprised how much of it changes when we run it through the Fiction Machine. Especially my Fiction Machine, which usually churns out Science Fiction.

On the other hand, I couldn’t call many of my blog entries straight biography either. Because frankly, straight biography would be kind of boring. I’ve never been an international spy, a movie star, or an ex- junkie with a really compelling story of redemption and hope. The only thing that makes me stand out from the e-crowd is that I’ve written and sold several novels. I’m a professional liar. And so is every other writer, even the ones who write non-fiction.

Have you ever noticed that when you share stories at family gatherings, no one can agree about what really happened? As I’m writing this, there are five different books about Abraham Lincoln on the shelf at the book store where I have my day job. Each of them has a different interpretation of Lincoln’s character, his mental health, his relationship with his wife, his style of governing, and even his sexuality. Granted, none of them have engaged in outright lying, as I plan to do, but look at it this way: you’re not going to lose weight using my diet, cure your health problems by referring to my list of natural cures that THEY don’t want you to know about, or become a millionaire by following my investment theories. I’ve got to come up with some way to hold your attention.

But I’m not totally without ethics. I’m not simply going to lie and not admit it. Though I won’t try to point out which parts were deliberately made up, as opposed to the parts that are false just because my memory sucks. If you write a lot of blog entries yourself, you already have some idea why writers lie, not to mention what drives us to write in the first place. This ain’t exactly redemption, but it might be insight.

Recently a new phrase has been coined, truthiness, meaning a lie you tell that you wish to be the truth. But I prefer fibbiness (much easier to say than lie-i-ness). Fibbiness is a lie you tell that you wish were true, but that you don’t expect anyone to believe. Only Mathematicians pursue pure truth. The rest of us tell lies all day long, to ourselves and to everybody else. The lies aren’t just a way to get what we want or to avoid trouble. They’re an attempt to re-shape reality into what we want it to be. Maybe that’s a good definition of a memoir. Or even a mini-memoir. Not to mention a blog entry.

Email ThisBlogThis!Share to TwitterShare to FacebookShare to Pinterest
Labels: memoirs