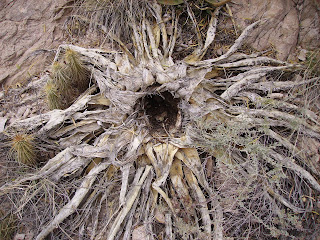 Just about everyone thinks summer is too hot where they live, and just about everyone is right. Some people are more right than others – especially those in humid climates. But on average, Phoenix is probably the hottest city in the United States from June to October, if you’re just counting the temperature and you don’t count Death Valley (which isn’t a city, so no fair). After living in Phoenix for 46 years, I think I’ve earned the right to say it’s too hot at least part of the summer. But being too hot isn’t necessarily a bad thing.

Someone once described Phoenix as air-conditioned Hell. Taken at face value, that phrase is an oxymoron. The air-conditioning is actually what makes Phoenix about ten times more comfortable than, say, Miami in July. If you’ve got a.c. in your car and in your house, you’re going to pretty much breeze through the summer in Phoenix. Add some ice cream, ice-cold tea, and a covered porch out back, and you’re going to be downright happy. You’ll complain about the heat, sure, but mostly for recreation, and to keep visitors from crowding your over-heated paradise. The seasonal decline in population is one of the positive aspects of too much heat. Personally, I’ve never been fond of crowds.

But my husband and I have never had a.c. in our car. On one historic day back in 1990, when the temperature in Phoenix reached 123 F, we were in our little Honda, which hadn’t even been built with an a.c. unit. We were running our own housekeeping service back then, and we had learned from extensive driving during the previous year (during which the summer lasted six months instead of the usual four) to go directly to a convenience store and buy a 48-ounce cold drink for the trip to the first job, then to another store for another 48 ounces of ice-and-whatever for the trip back home. On that momentous day, we set out across town with our cold drinks in hand, and we may have remarked to each other, "Jeez it’s hot!" or we may not. We didn’t know how hot it had gotten, we only knew it was probably somewhere over 110 .

It’s at a time like this that you find out whether you’re a hot-weather person or a cold-weather person. Me – I’m hot weather, to the core. And I proved it on that day, because I didn’t croak in my un-airconditioned car. In fact, I did something that only desert dwellers can truly understand. I went into Dream-time mode. This mental state may seem philosophical at some times, spiritual at others, and still other times it may seem both. And it’s the other reason that too hot is not always a bad thing. It’s altered consciousness without the drugs, it can stretch time or make it stop completely, it can make you believe in God, or Space Aliens, or Bigfoot.

It can also kill you, if you don’t stay hydrated. Do not, upon reading this account, go charging into the Arizona desert with no hat and no water on a hot afternoon, thinking, This is so cosmic! The news of your unhappy demise will be featured with film at 11:00 the following evening (though if your body lies undiscovered for long enough, you’ll make an interesting mummy).

I’ve learned to appreciate Dream-time mode, but that doesn’t mean I don’t like a.c. I use it extensively at home, thank you very much. And by this fall, Ernie and I will be buying a vehicle with fully-operational a.c. in it (believe me, it’s never been because we didn’t want it). But before we do that, we’ve got one more summer to suffer through, a long drive every day without good ol’ a.c. We’ll haul our cold drinks with us and try to ignore the thermometer, just one more time.

It’ll be Dream-time, all the way.
Posted by Emily Devenport at 7:02 AM

Email ThisBlogThis!Share to TwitterShare to FacebookShare to Pinterest
Labels: summer in Phoenix