But -- Which Thief Of Bagdad? If I say The Thief Of Bagdad is on my list of greatest movies, anyone who knows the history of fantasy films will immediately ask, Which one? There are several great versions, including the original silent film with Douglas Fairbanks Sr. It was remade in the sound era with Douglas Fairbanks Jr., whose version is also well worth watching. But in my opinion, the greatest version of all was made by Alexander Korda with the Indian actor Sabu, in 1940. It was largely filmed in England when WWII was well under way, and despite the fact that it had multiple directors, this Arabian Nights story rises above all others. Plot is an important factor in a good movie, but in The Thief Of Bagdad there's a unique twist. The story is told in a non-linear Arabian Nights style, so it starts in the middle, goes back to the beginning, then proceeds to the end. And in keeping with Middle-Eastern tradition, there are stories within stories, all woven seamlessly into a lively tapestry of characters and adventures. 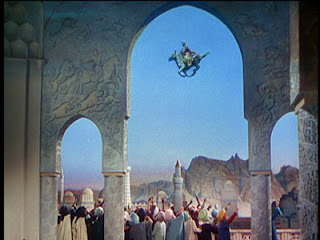 The set design is inspired – gorgeous, yet subtle when compared to the standard Hollywood concept of Arabian Nights décor. I'm especially impressed with the colors of the walls in the palaces, pale yellow near the bottom, but pale blue at the top, as if they're merging with the heavens. I don't think this is actual paint on the walls, it's a beautiful special effect that showcases the artistic and technical expertise of that era. The art director was Vincent Korda, and he deserves a large part of the credit for the magic of this movie.

The film score was composed by Miklós Rózsa, and it's one of his best. His chronicle of the writing of this score is included in his memoir, Double Life. The movie opens with a love song to adventure: “The sea is cruel but the sea is clean . . .” Rózsa's score is essential fantasy film music, enhancing the action and helping to advance the plot. 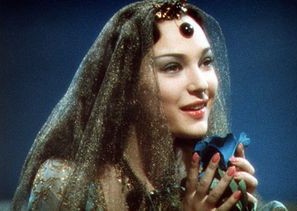 Last but not least, the cast is wonderful. Sabu, Rex Ingram, and Conrad Veidt are the three big stars in the move, but June Duprez may be the loveliest princess in fantasy movie history. John Justin, as the King Ahmad, is actually a little goofy, but intentionally so (since his character is a pampered blue-blood with little practical experience of the world). Veidt is masterfully fiendish as the evil sorcerer Jaffar, whose only weakness is his passion for the princess (“She has Babylonian eyes!”). Rex Ingram is a magnificent genie, even though he can't totally shake his New York accent. You can forgive him for calling Sabu, “Little Master of the Univoise.” And Sabu – a young man who was really an elephant boy in India when he was discovered – is Abu, a confident, kind-hearted rascal who loves the world and wants to see as much of it as he can.

If sense of wonder is what makes a movie magic, The Thief Of Bagdad has enough magic for two movies. When the genie gets Abu to steal the eye of the all-seeing goddess, he says that she won't be able to see the doings of men for another 2000 years, and you have to wonder why the genie wanted that to happen. Does he have plans with which she might have interfered? And who is the mysterious Halima who was Jaffar's right-hand woman (played by Mary Morris) – she bears a disturbing resemblance to the bloodthirsty wind-up doll that killed Sultan (played by Miles Malleson). What happened to the Kings of the Golden Age after Abu inadvertently released them from the crystal eye of the goddess? And at the end, when Abu flies off into the sunrise on the magic carpet, what adventures did he have? 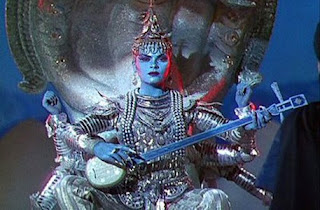 When a story continues in your imagination long after the movie has ended, you know you've seen one of the greats. That's why The Thief Of Bagdad makes my Best Movies list.

Posted by Emily Devenport at 5:18 PM