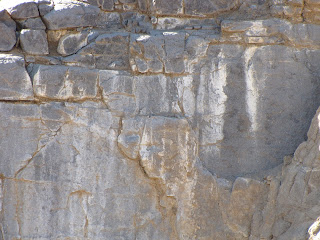 There has been a lot of talk (and study) recently about the concept of carbon sequestration, the idea that CO2 gas could be pulled from the atmosphere and stored in sedimentary layers underground, or even under the seafloor. Some very smart geologists are working on this problem, and we may see an attempt to implement the idea within the next few decades. But I'm always curious when I hear about these sorts of projects, because I wonder just how much non-geologists understand about faults and fractures in the Earth's crust, even the non-geologists who have a financial stake in what their geology experts tell them.

Okay, maybe especially these guys, since money folk and bureaucrats tend to be people who think in terms of deadlines and progress reports: this phase of the project was completed on schedule, this other phase is over schedule, the cost breakdown is this, etc. They're thinking weeks ahead, sometimes decades ahead for some aspects of a project. But geology is often reckoned in millions, even billions of years. What's even trickier is that, despite this immense time scale, geology can also change suddenly and catastrophically, in a matter of seconds. Thirty feet of sediment can be deposited by a flash flood, tons of volcanic ash can hurtle toward a town at 100km an hour. And in the case of carbon sequestration, the problem is that faults move. 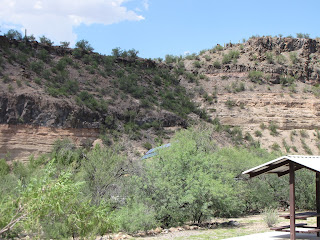 CO2 is heavier than the mix of gases that make up our atmosphere. If a large amount of it is suddenly released, it will flow and pool almost like water at ground level. It is invisible and odorless, so it overtakes unsuspecting people and animals and suffocates them before they realize that anything is wrong. Eventually it will mix with the other gases and be reabsorbed into the atmosphere, but not before killing every oxygen-breathing creature in its path. Villages next to lakes that have formed near the continental rift in Africa have suffered from accidents like this from gases generated by volcanic activity under the lakes, releasing the CO2. So when geologists are trying to advise people about where sequestered CO2 could safely be stored, they have this possibility in mind.

Yet the geologists can only advise, very few of them are in a position to make the final decisions about whether a project will go forward and where it will happen. And when it comes to faults, we're mostly engaged in guesswork. This became very plain to me when I recently toured Kartchner Caverns, in Southern Arizona, with the head geologist for the State Park Service. He said that they could see where a few of the faults in the landscape were by looking at the mountains and valleys on the surface. But once they went underground, they found many more faults and fractures that could never have been seen without the benefit of a cave system. 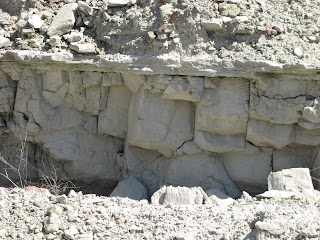 Improved seismic monitoring has proved that the Earth's crust is constantly moving, shrinking, expanding, fracturing, dissolving, collapsing, and getting pulverized, thanks to the titanic pressures of the surrounding rock and the heat generated in the mantle. What appears to be motionless to us on the surface is actually dynamic.

So theoretically, tons of CO2 could be stored somewhere, a fault could move, and gas could escape and suffocate people and animals. So they have to find a place that seems relatively stable, but they also have to find one that isn't too close to human habitation, because no place on the Earth's surface is 100% guaranteed to be stable. Storing the gas in the ocean floor, where the immense pressure of the ocean will keep it dissolved in those sediments, is a safer bet, but then you have the added cost and difficulty of getting it down there. 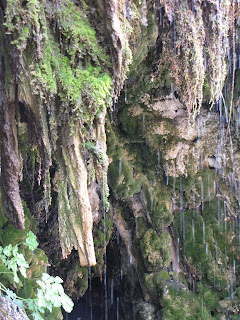 So where will the gas end up? If they get to be too good at pulling the CO2 out of the atmosphere, will people say, Whoopie! We can generate as much CO2 as we want! Will it trick us into keeping old technologies that are causing problems?

If the sequestration process works, it may have an interesting side effect – it may cause calcite to form when moisture enters the soil. In Arizona, moisture reacts with CO2 in the soil to form CaCO3. Who knows, maybe a whole new generation of caves will sport formations resulting from reactions with the CO2 we placed in overlying beds. 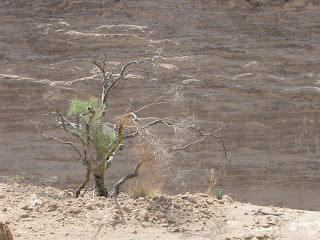