What Sam the Bad Cat Taught Me About Hunger 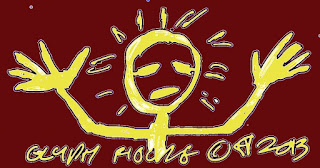 One day as I was carrying a load of laundry into the garage, I was arrested by the sound of avid munching. There is no other way to describe it. Not the placid chewing of the herbivore, or even the fierce gobbling of the carnivore, this feverish crunch-crunch is made by a particular creature – the nyom-nivore. In this case, Sam the Bad Cat. He had discovered our store of dry cat food and had broken into it.

As you can see, Sam the Bad Cat was well named. Even when he spotted me, he didn't pause in his pursuit of satisfaction. As I watched him relentlessly reduce our stock of feline nutrition, I realized he reminded me of someone – myself. Not that I'm into cat food. But I'm also capable of diving into a meal with irrational exuberance. Yet Sam was a cat with diabetes. I've been overweight many times in my life, but I've never been diabetic. What was it we really had in common?

But I've had far too much experience with hunger to dismiss it that quickly. Hunger can be much more complicated than it seems. In fact, after years of over-eating, fasting, dieting, and struggling with hunger itself, I've identified four different types of hunger, each with its own special challenges. The first and most common type is the least complicated. 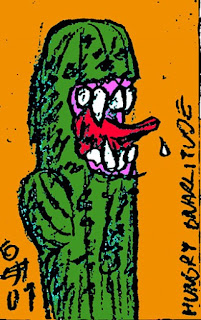 Empty Hunger
This really is the most straight-forward (and dangerous) hunger, provoked by an empty stomach and the need for calories to stoke the furnace. I have known people who only feel this sort of hunger a few times a day, and who satisfy it easily with small, simple meals. When they aren't feeling it, they don't even think about food, and they honestly can't understand why anyone else would. They think it's all just a matter of common sense. How hard can it be?

Yeah – those people are really annoying. And they never seem to feel the second kind of hunger, the one that demands comfort. 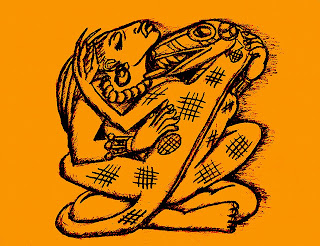 Comfort-Me Hunger
This is the hunger that tends to erode my self-control. It's triggered by stress, exhaustion, frustration, and a serious passion for cake. Empty Hunger may be a factor in triggering Comfort-Me Hunger. But while Empty Hunger can be satisfied by eating nutritious food, if I don't find just the right thing to satisfy Comfort-Me Hunger, it's just going to get madder and madder, like a peevish zombie who's been offered a plate of toenails instead of the yummy cranial stuff. That madness can lead to the third kind of hunger I've felt. 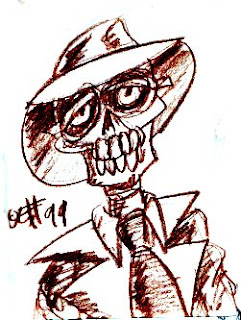 Junkie Hunger
This really is the food version of a heroin habit. It shares enough symptoms with drug and alcohol addictions that I can often recognize myself in testimonials I've heard from people in recovery, like hiding my food purchases from family members, lying about what I'm eating and how much, and lost weekends where gallons of ice cream mysteriously evaporate. But the most disturbing thing about Junkie Hunger is that it can't be satisfied. It's the rush from eating that I crave, and often the only thing that will stop it is feeling uncomfortably full. Comfort-Me Hunger can pack the pounds on gradually, but too many episodes of Junkie Hunger have sometimes caused my weight to balloon in a fraction of the time it takes to lose the same number of pounds.

So when I saw poor old Sammy munching away at the kitty crunchies, I thought I was seeing something akin to Junkie Hunger. But I was wrong. His appetite was caused by something just as voracious, but essentially different. 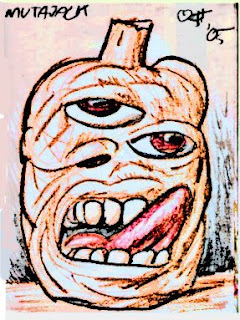 Overfed Hunger
When you have diabetes, your body has trouble absorbing nutrients from the food you eat. That triggers Empty Hunger, because your body really craves those nutrients. It was awful to see poor Sammy eating bowl after bowl of cat food, yet slowly starving to death. Regular insulin shots and a high-protein diet helped him with that imbalance.

But I don't have diabetes; my blood sugar has always been within the normal range. Yet I've experienced Overfed Hunger too, a craving for nourishment that over-eating can't satisfy. That's how it differs from Junkie Hunger, which is more like a craving for sensation. It feels as if my body is so overwhelmed by the extra calories, it becomes less efficient at processing them. Sure, I put on some fat, but not as much as you would expect – and the Empty Hunger is still nagging at me, claiming that it never got fed. The more I eat, the louder it complains, and that's what made me realize the only way to curb both Overfed Hunger and Junkie Hunger – is to starve them. 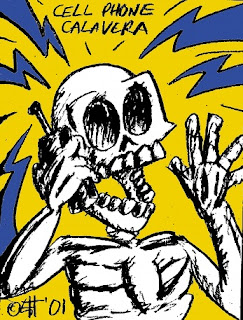 Yowza! Did I Just Use the S-Word?
Starve is never a word that should be used lightly. It evokes thoughts of malnutrition, anorexia, hypoglycemia, and of countless weight-loss diets sabotaged by the stress of too much Empty Hunger. So I'd like to make it clear that I'm not talking about actual starvation. What I mean is that I control Junkie Hunger and Overfed Hunger by satisfying Empty Hunger and even indulging Comfort-Me Hunger from time to time. But I count my calories, don't exceed sensible limits (usually), and keep sugar and fat consumption levels within reasonable boundaries. My body seems to have an easier time absorbing nutrition when it's not struggling to process too many calories. I've lost weight, but don't feel like I'm starving.

I'm no saint. But I've been more successful at controlling my eating habits than I used to be. Bouts of Junkie Hunger are fairly rare these days, and I haven't felt Overfed Hunger in two years. And I'm pretty sure that recognizing these different types of hunger is what got me on the right path. For that, I thank Sam the Bad Cat and his munch-mania. If I hadn't witnessed what was going on with him, I might not have seen the bigger picture.


Sam the Bad Cat passed away a few years ago, at the age of 16 – old for a cat, and very old for a cat with diabetes. His illness had enough in common with human Type II diabetes to be a real object lesson. And it's not lost on me that many people in this world really are starving. I would never compare my problem to their suffering. Yet the hunger I've felt has sometimes been very stressful and challenging. And trying to understand the underlying cause of that hunger has helped me to get a handle on it.

I stole the illustrations for this post from my husband, artist/writer Ernest Hogan, but that's not the worst thing I've ever done to him.
Posted by Emily Devenport at 3:27 PM