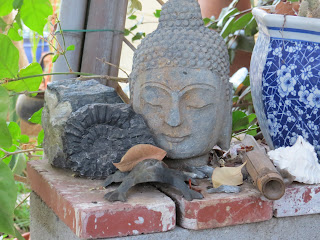 Michael has received some well-due appreciation from Greek TV to ancient music for his devotion – click on the links and check it out:

At last! I finally have found a few snippets of 'international televised glory', appearing in an episode of the fascinating Greek language documentary series, "Beyond Borders", broadcast on the national Greek TV channel EPT3.

This particular episode was on recreating both renaissance and ancient musical instruments. From about 26 minutes into the documentary, this TV show wonderfully visually captures, in gorgeous HD, some of the magnificent recreations of the ancient Greek lyre, phorminx, arched harps and kithara of the 'Golden Age' of classical Greece; all lovingly handmade in modern Greece by the inspirational Luthieros master luthier, Anastasios Koumartzis.

The documentary also includes fascinating details of the painstaking process of the hand-crafted construction of the Lutherios lyres (even although regrettably, literally the only Greek word I can actually recognise is 'Yamas''!)

This amazing TV documenary is able to be seen anywhere in the world, anytime, live-streaming from here
Posted by Emily Devenport at 7:29 AM