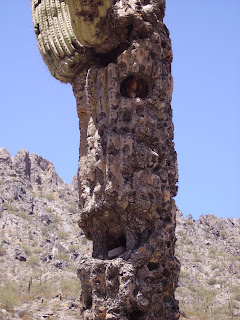 I don’t believe in the End of the World. Call it Ragnarok, The Apocalypse, Armageddon, The Rapture, 2012, whatever. It’s not going to happen.
Though admittedly, sometimes it almost happens. The climate changes, a comet slams into us, ice ages and volcanoes occur. There’s even evidence that the sun may have partially fried us with a really massive solar flare a few-hundred million years ago. Yet life persisted and flourished.
I don’t even believe in World War III. The damned thing would just be too expensive. Any super-virus would burn itself out before it could pass itself on, any toxic agent would not spread far, any bomb would do limited damage. Our current world-wide depression is little more than an annoyance for most people, even as it provokes wide-reaching changes.
Losing a loved one can seem like the end of the world. Or losing your home. Lots of people experience figurative ends-of-the world. But even when we die, it’s not over. We’ve had an effect, we dented the universe with our own, particular gravity well, and even if no one remembered us, we still existed – nothing can change that. Time and space wove together to create our existence, and even as the arrow of time moves past our lives, the cosmic garment it knitted is still there. I like to picture it as a colossal sock. Maybe with stripes. Or polka dots.
Nope, there’s no end of the world. Though some day, maybe 4 or 5 billion years from now, the sun will lose its current balance of hydrogen-into-helium and it will expand to swallow the inner planets. But I wonder if the shock wave of its expansion might nudge us farther out, rather than swallowing us. Not that we would be in good shape, even if it did. Anyway, at that point we’ll have a different solar system. Some surviving planets might even evolve a hospitable habitat. After all, didn’t Superman come from a planet that had a red sun?
Okay, I’m reaching with that one, but in 4 or 5 billion years, if we still exist, we’ll probably be smarter and have better gizmos. We’ll have colonized space. We could actually outlive our world, though no species from Earth has managed to do that so far. I’m just saying it’s possible. In fact, what seems kind of impossible is the fact that we exist in the first place.
Think about it: we had to have just the right kind of sun: not too big, not too small, not too heavy, not too gas giant-y. Our solar system had to have enough of the right elements present when the planets coalesced to make minerals and amino-acids and all that good stuff. And collisions had to take place; several planetoids collided to form the earth, and one of those collisions had to produce our moon. Enough nickel-iron had to be present by then to form that nice, spinning, electromagnetic-field-producing core that keeps radiation from frying us, but that field also needs to let enough radiation in to allow for mutation. Our moon has to be large enough and orbiting at the right distance to stabilize our axis of rotation and provoke regular tides.
During an early period of heavy bombardment, comets crashed into us and brought water. Little comets still do. We have currents in our mantle that move the continental and oceanic crust around, volcanoes blow up or ooze various types of lava so we can have minerals beneficial to crop-bearing soils. We have the right ratio of land to water to generate storms that drop rain.
Hooray for volcanoes! Hooray for weather! Hooray for cake! We’re here, and that’s amazing. We can wonder how it all came to be. We can dream about what’s possible in the future.
But the end of the world? Not gonna happen. Not as long as we keep thinking and dreaming and planning. That’s what we evolved to do. Somewhere between all those bombardments, volcanic explosions, ice ages, and hurricanes, we got up on our feet and peeked over the next hill to see what might be there. We survived the Almost End Of The World. We could do it again.
So stick around. You won’t witness the End Of The World, but who knows what other strange stuff might happen? After all, that’s what makes life worthwhile in the first place. That and striped socks.
Or maybe polka dots. Whatever.
Posted by Emily Devenport at 8:05 PM

Email ThisBlogThis!Share to TwitterShare to FacebookShare to Pinterest
Labels: The End Of The World