The Library Of Lark 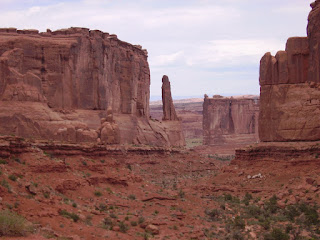 The front doors to the library were unlocked, and opened on well-oiled hinges. Inside, shadows alternated with shafts of light from windows. Hawkeye smelled dust, but only the dust she normally associated with books, not the dust that should have accumulated after so much time had passed. The Neighbors filed in behind her and closed the double doors.

Silence assailed them from all sides, so thick and expectant, Hawkeye felt compelled to stand quietly and wait for something to happen, someone to speak. But after several moments, all she heard was the sound of Wolfy sniffing and the beating of her own heart. This was what the original investigators had spoken of, the feeling that something was happening just out of sight, just out of hearing. You waited to find out what it was – but you never did.

She scanned the spacious lobby. It spiraled up to a skylight, exposing six more storeys. Offices and annexes surrounded the center like petals on a flower. To Hawkeye’s right, the checkout desks stood waiting for patrons. At the far end, she spied the New Book fixtures. They looked well-stocked, but a little untidy, probably because the librarians had disappeared before they could do section maintenance on the area.

Hawkeye was curious to see what had been new two hundred years ago, so she moved in that direction first. The Neighbors followed her. When they had all reached the front row of the display, Wolfy and Brat sniffed the books, as if suspicious they might be dangerous. This struck Hawkeye as funny, and she couldn’t stifle a giggle.

The emptiness swallowed the sound whole. Hawkeye covered her mouth, alarmed. She turned to survey the library, her heart pounding. She saw empty aisles, frozen elevators, blank reader screens, dark office windows. “Hello!” she insisted. Again, her voice fell flat, as if it had struck a solid wall.

Hawkeye stared at Boss. But he watched her as if he expected answers, not questions. She felt foolish for being curious about the New Books. But when she glanced at them again, they snagged her attention anyway. Apparently political diatribes, cookbooks, diet books, and biographies of famous people were every bit as popular before The Disappearance as they were after. But among the bestsellers, she found an anomaly: 1001 Nights.

The same edition she owned.

Frowning, Hawkeye picked up the book to scan the date of publication. The year stamped on the page – the clean, crisp, new-smelling page – was the year of The Disappearance. “See?” she showed it to Boss. He nodded.

Hawkeye put the book back on the rack. She scanned the other titles, but nothing else jumped out at her. Finally she turned and looked across the lobby, wondering where they should go next. It might take hours to search the entire library. In fact, it might take days, if they searched thoroughly. Hawkeye didn’t want to stay here for days, the silence and the emptiness were beginning to depress her. And she couldn’t help feeling that something was about to happen, something really bad.

She heard a funny sound, and barely had time to realize that Wolfy had barked before he sped across the lobby, toward one of the offices.

“Wait!” called Hawkeye, hobbling after him as fast as she could. “Stop!”

Wolfy dashed right through an open door. Had it been open a moment before? Hawkeye was pretty sure it hadn’t. Suddenly she felt positive she would never see him again.

But in another moment, he stuck his head out the door and barked at her. He sounded as if he were a mile away.

Ebony crossed the lobby in a flash and knelt beside Wolfy. Wolfy looked startled for half a second, then wagged his tail and licked Ebony’s face. Ebony stood and looked in through the open door, then waved and motioned them over.

Boss offered his arm to Hawkeye. “Don’t go faster than you should.”

“I’m all right,” she said, anxious to get to Wolfy before he could disappear again.

“Please let me help,” he said, his tone kind, but not patronizing.

She accepted his support and tried to go at a reasonable pace. Brat paced carefully beside her, resisting Wolfy’s incitement to come and see. When they finally reached the door, Wolfy couldn’t wait. He trotted into the room again. The Neighbors parted so she could see what was inside.

The office had been turned upside down. The contents littered the floor: books, office equipment, papers, potted plants, anything one could imagine in an office. But the desk in the middle of the room was bare, save for one item: a book. Wolfy picked his way through the debris and stood with his front paws on the desk, as if to say, Here is the thing, don’t look any further.

Boss helped Hawkeye through the mess. When she got closer to the desk, she recognized the book. “The Lost Cities!”

It lay open, revealing a familiar picture. Evernight, the shot of the lone, lighted door on the seventh level.

Hawkeye leaned over the desk and closed the book, then opened it again. A book plate decorated the inside of the front cover. It said, From the Library of Amber Rodriguez.

“How did my book get here?” she demanded.

Boss flipped back to the page with the picture of Evernight. He gazed at it for a long time.

“Who put this here?” asked Hawkeye. “Is this some kind of joke?”

Boss glared at her. “No more questions, Hawkeye. Give us answers.”

“I want answers too! I have shared what I know with you!”

His tone made her wonder. She remembered a piece of advice from John Davies, who wrote Neighbors And Their Spirits Of Glory:

If you want to learn everything you can from Neighbors, don’t ask them any questions – none at all! Regardless of your curiosity. You must learn to observe, to listen. Answer any questions they ask you, truthfully, even though it doesn’t seem fair that you must answer without ever asking.

It absolutely did not seem fair. But perhaps she was assuming too much if she believed they knew why her book had suddenly shown up in Lark.

“I think this may be what we’re supposed to find here,” she offered. “Just who wanted us to find it, I can’t say. A ghost used to throw it at me. He showed me this picture more often than any of the others.” She looked at the picture for a long moment. “It has always frightened me,” she concluded. Boss stared at her with a small frown. Then he closed the book and tucked it under his arm.

from Spirits Of Glory by Emily Devenport

Posted by Emily Devenport at 7:22 PM