The People In The South Were Gone 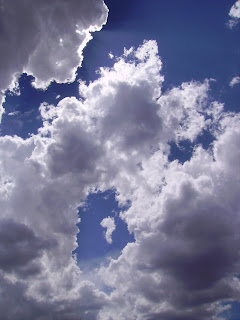 This is the first thing every child on Jigsaw learned about the Disappearance. Since that day, no one had learned much more.

No Northerner saw it happen. No one saw flashing lights, or heard thunderous booms. A few people who had been on the phone with Southerners got cut off mid-conversation, but at that time of night, there hadn’t been many of them. The Northerners didn’t catch wind of what had happened until a freight driver almost crashed off the end of the fractured Interstate highway at 4:30 a.m. Hawkeye could imagine what that had been like for him, slamming on his brakes, skidding to a halt just inches from destruction, then getting out and looking, first at the smooth stretch of highway the way he had just come, and then at the broken chunks of road up ahead, and finally down at the perfectly straight, even line of division six inches from his toes.

History books called that line The Break. Hawkeye had seen pictures of it. It looked like a slice, as if someone had taken a sharp knife to a hunk of cheese.

By then, people had already noticed the South wasn’t answering phone calls. Networks were down, diagnostics were being run. But prior to that morning, most technical difficulties that occurred on Jigsaw could safely be attributed to odd fluxes in its magnetic fields or to its equally odd gravitational anomalies. Fractured Time had become a familiar occurrence, so no one thought anything was seriously wrong until they saw what had happened to the Interstate. Once that had been established, authorities converged on the area.

In the South, that light cast shadows on empty streets. Nothing moved, living or mechanical. That’s what Northern investigators reported when they came back with more questions than answers, that even automated systems had shut down and could not be made to start up again. Errant winds teased loose shutters or pushed hanging doors shut, and the footfalls of hazard-suited Northerners echoed here and there. Their respirators vented carbon dioxide as they took pictures, consulted monitors inside their helmets, and searched for evidence. No blood stained floors, or walls, or any other surface. Yet it could not quite be said that there were no signs of struggle. Some things were broken, or spilled, or out of order. Some things were missing. And in their place, artifacts had been discovered.

Hawkeye had combed through hundreds of books and electronic databases, but none of them described these artifacts. She wondered if this was because the artifacts were simply indescribable, too baffling to categorize? Or was there another reason? Something less honest, a desire to keep discoveries a secret until they could be properly exploited by those in power? Or worse, were they so terrible, news of them would have spread panic?
Were they beautiful things, practical things? Or had the Southern cities become shores upon which the flotsam and jetsam of Fractured Time washed?

If anyone knew, they weren’t saying. Possibly the investigators were too busy scanning for toxins, for high levels of radiation, for anything that might have caused a mass death and/or disappearance. They found nothing beyond normal parameters. They kept looking anyway, because despite the lack of evidence, something nagged at them, something that never quite seemed to be there when they looked over their shoulders, yet also something that seemed to be right out in plain sight, if only they knew how to see it. They looked, and measured, and documented.

And then their equipment stopped working. One second before it stopped, every one of them received a transmission over their helmet communicators. Later no one could agree whether the voice they had heard had been male or female, whether it shouted or whispered, sounded angry or alarmed. But everyone agreed about what it said:

No one argued whether they should leave. Everyone boarded their aircraft and returned North. They flew over a countryside empty of any life that had come from Earth. Native fauna still lived there, but no wild creatures ventured into the abandoned cities again. Everyone knew that. The Neighbors said it was so.