We Did It (Even though They're Claiming We Didn't)! Pandemic Road Trip Part 7 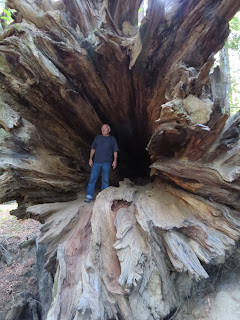 Here are my email notes for Nov. 4:

More Avenue of the Giants

What I didn't make a note of was how cool it was not to be driving, because I could check Google on my phone every twenty minutes or so as we meandered up the coast highway to (if I had enough of a signal to get online) see if Biden had officially won his 270 ECs yet. I don't think that was declared by the news outlets until the 5th or the 6th, but the writing was on the wall even by the 4th. At that point I wouldn't have guessed that Trump would still be squealing "Cheaters!" over a month later, but it kind of makes sense when you think back to the 3rd, when he started out ahead in those Rust Belt States, but then by the 4th it all evaporates because a bunch of mail-in votes got counted. I mean, how humiliating must that have been? His team had started celebrating and everything, they had begun to plan all their stuff, and then WHAM! The will of the voters whacks them upside the head. The shame, the ignominious defeat, the disappointment. That's going to haunt them for the rest of their lives, don't you think? Or at least we can hope so.

Anyway, I called my brother David first thing in the morning to share my amazement at the developments in Michigan, etc., and discovered that he didn't even know about it.  He had gotten discouraged at about 2:00 a.m. and had been trying to screw up his courage to turn on his computer and read the bad news. So I made his day. And my brother Michael's too, because when he wandered over for coffee at about 7:00 a.m., he hadn't heard about the turnaround either. I was full of sunshine. But we still had a daunting task ahead of us. We had to find coffee in Garberville. 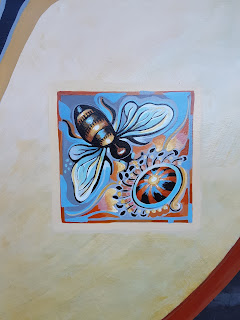 I'm going to guess that in non-pandemic circumstances, the pretty little coastal towns in California do a booming business, and tourists can find all sorts of coffee joints that are happy to sell them lattes. But as we prowled the streets of Garberville at 8:00 in the morning, we only found the wreckage of that former glory. I think we finally had to settle for gas station fare. But we did get to take pictures of charming corners. 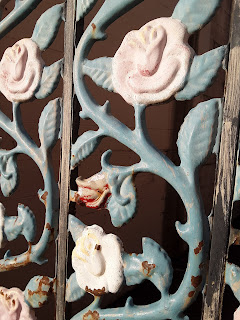 The detail above was from a wrought-iron gate.

Once we got on the road again, we had more of the Avenue of the Giants to explore. Michael climbed into the base of a fallen giant to help give me perspective for the size. That photo is at the top of this post. Here's a shot of the same tree from the side. 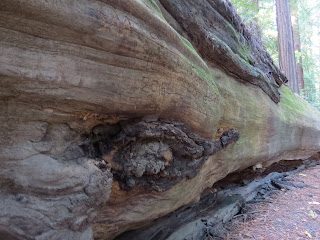 I really do regret not having the skill to capture that quality of light. It was a gorgeous green gloom, oddly luminescent rather than murky. You'll have to track down photographs of those trees from photographers who actually have some idea what they're doing. 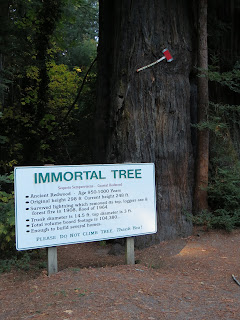 The Avenue of the Giants is sort of the Disneyland of Really Big Trees with Really Checkered Pasts, so you can find all sorts of trees like this one, with signs that tell you all the crazy stuff that happened to them. Yet trees were not the only thing that made us want to pull over and snap photos. 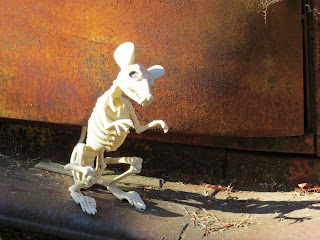 Halloween had only been four days previous at this point, and apparently quite a few people in California, Oregon, and Washington believe as I do, that Halloween is the holiday that lasts from Sept 1 to the day after Thanksgiving. Plenty of people still had Halloween tableaus in their front yards. This was only civilized. 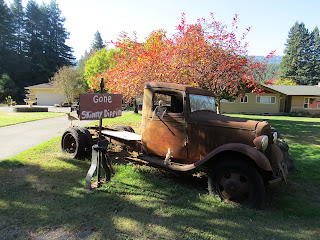 And we were still on the Coast Highway, so the sea had lots of gorgeous rocks to offer. 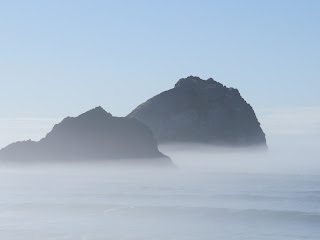 Oh, and by the way, fish are kind of a thing around here. 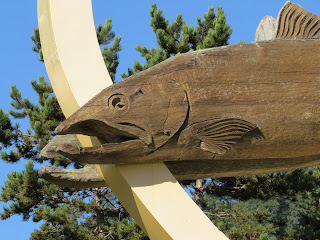 And big, lumbering creatures with horns. 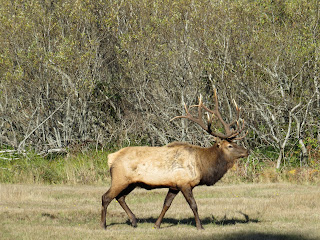 Our destination for the night was Brookings, Oregon, and it featured at least one antique store that we visited, Market Place; and one thrift shop, South Coast Humane Society Thrift Shop.

We had made it all the way up the California coast and into Oregon. It was new territory. And we still had nine days to go . . . 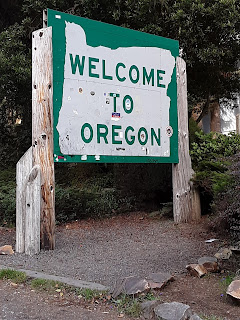 Posted by Emily Devenport at 4:54 PM

Email ThisBlogThis!Share to TwitterShare to FacebookShare to Pinterest
Labels: Avenue of the Giants, Highway 101